When I first heard that Eli Roth was developing a year round horror filled extravaganza on The Strip in Las Vegas, I was a little skeptical that it would ever see the light of day. There is still outrage in the streets that a full length feature of Thanksgiving never emerged, and what ever happened to Trailer Trash?!  But you can rest easy this time because Mr. Roth is making good on his word and his Goretorium will be opening on September 27th!  Not only that, but the official promo trailer is out and it’s just as demented as you would think, considering the mind it comes from….check out the brain bashing teaser vid below! You have been warned.

Yeah I know…..pretty great huh?  They call it a teaser for a reason though, so let me spill my guts about what’s included in this year round Vegas attraction:

First up is a multi-level maze that submerges visitors into the tale of Sin City’s most deadly mythical hotel and casino, The Delmont. The self-guided horror experience begins in the lobby of the Delmont and unveils gruesome and ghastly sights of past hotel guest victims and the serial-killing family behind the deeds at every turn. Employing high-tech Vegas showmanship with old-fashioned scares, the terrifying labyrinth of live actors, animatronic frights and stunning special effects is contained in a vintage hotel setting that rivals Hollywood’s best movie sets.

If that’s not enough to book that Southwest flight to Vegas, then keep reading. Also included is a freaky, 60’s inspired lounge called Baby Dolls complete with caged zombie dancers and live feedings (yes please).  In addition is a one-of-a-kind retail shop and a venue for premiere events that includes a to-go bar called Bloody Mary’s. Whew……Sorry honey, we’re skipping the Wayne Newton show and going to watch some hot zombie dancers eating each other instead. 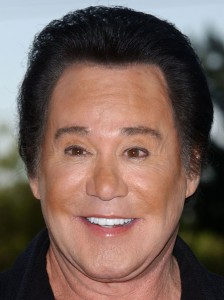 Have to give a tip of the hat to Eli Roth.  I myself am a fan, but I know he gets bashed a lot and is definitely the horror director that you love to hate.  But if he can pull this off, even the most hardcore Roth haters would have to give it up to a man that literally bleeds horror and has an extremely strong passion for it. Whether you like him or not, you love horror, so get to Vegas and support it! It’s located across the street from CityCenter and The Cosmopolitan.  Tickets are already on sale here!