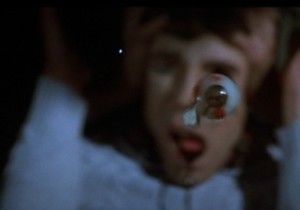 But let’s be real, we want to be scared when we watch a Leatherface movie, not pissing our pants due to unintentional laughter.  Now the remake 2003 did manage to bring the intensity back a little, but it was almost too brutal to really have the effect that Tobe Hooper’s original did.  And we’ll just try and erase the 2006 “prequel” from our memory all together. 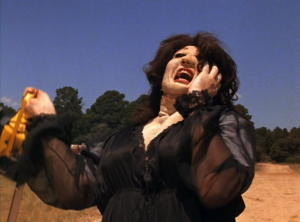 Now let’s get to the real reason for this post shall we?  They just released the first poster for the Texas Chainsaw 3D movie, and I have to say that it definitely brings the creep factor back and I’m digging it.  But, it’s just a poster. So let’s not start doing the ‘Leatherface end of the original movie dance’ in the streets just yet before even seeing a teaser trailer or a production still.  It does give a little hope though that maybe they can get one of these reboots right (sorry Friday The 13th, Nightmare On Elm Street, Halloween, etc, etc, etc…..). Click on the poster below and give me your thoughts:

So get those $20 3D glasses ready folks.  Leatherface and his big juicy saw are going to be coming at your face in 2013!  Fun fact is that Gunnar Hansen (original Leatherface), Marilyn Burns (original heroine), and Bill Moseley (Chop Top from Texas Chainsaw Massacre 2) will all be making cameos in the new 3D extravaganza. Unfortunately, so will R&B singer Trey Songz.  Here’s hoping that he doesn’t make it past the opening credits (c’mon unofficial ‘black guy has to die in a horror movie’ rule). Stay tuned for more Texas Chainsaw 3D news here and if you’re in the LA area, make sure to go to Universal’s Halloween Horror Nights and check out their new Texas Chainsaw Massacre maze based off of the original 1974 film! 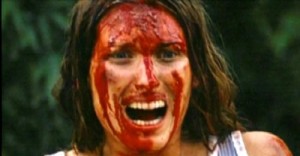 *ladies, when it’s that time of the month……*