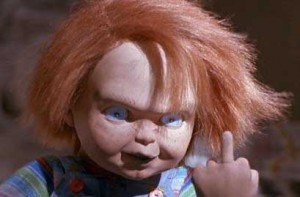 The other buzz about this sequel is that they’re taking it back to the horror feel of the first few and stepping away from the Three Stooges feel of the last two.

I’m all for wise cracking Chucky, but it really became groan inducing after awhile, especially watching him wack off to a Fangoria magazine in Seed Of Chucky.  Yeah it got a forced chuckle, but after a while, it was like watching a squirrel water skiing.  And it reminded me of another one of our horror icons that was bastardized – Freddy Krueger.  They eliminated everything scary about him too until he was reduced to a novelty hip hop song by the Fat Boys. 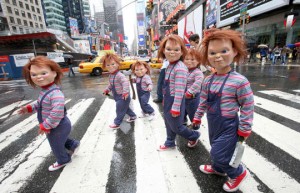 Being that Curse Of Chucky is going straight to DVD and VOD, it ups my hopes and expectations that they can actually get this franchise back on track and not worry about studio interference.  I dug the beginning of our journey with Chucky, but it really lost me when he went towards the slapstick and became less about the horror in the later sequels.  Curse Of Chucky will hit shelves sometime in 2013, so look out for it and look for more news here!  Btw – wouldn’t it just be the icing on the cake if Bushwick Bill blessed us with another one of his Chucky inspired tracks?  We can only hope…….. 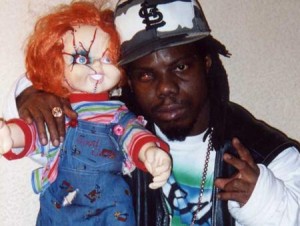 *a huge missed opportunity at a tv sitcom*

1 thought on “News: Score One For The Good Guys! Chucky’s Back!”