Now if you’re a frequent reader of this site, you already know that my anticipation is fairly high for The Collection, a sequel to the underrated claustrophobic horror flick, The Collector.  Well my little horror fiends, the trailer has arrived and there are more than enough little bits and pieces to get excited about.  Check it out below and we’ll talk after:

Of course Ghost Ship comes to mind when I see that, but whatever, I’ll play along.  Looks like Arkin (Josh Stewart) is back for more and is the key to getting back Shooter McGavin’s daughter from the clutches of The Collector.  Only problem is that it looks like they’re on his booby-trapped turf this time around, full of all sorts of nasty little surprises. 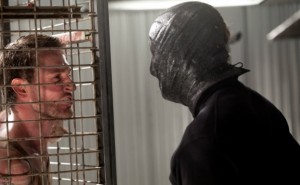 *despite all my rage, i am still just a rat in a cage*

Oh look!  Could that be an homage to Lucio Fulci’s The Beyond with the tarantula scene?  Maybe this one is a 5 minute scene too where it picks the victim’s face apart that is clearly made of clay (for the record, I love The Beyond though!)  Now as for The Collection trailer – I dug it, but it seems like they abandoned the dark (literally) feel of the first film for a more polished look.  Could help it or hurt it I guess.  What we can count on, is a lot of gore and hopefully creative killings as well.  A little too similar to Saw for my taste in the trailer, but whatever, I’ll be seeing The Collection when it comes out November 30th.  It’s being toted as “The Real Black Friday” by the way.  Check it out and let’s meet back here and discuss! 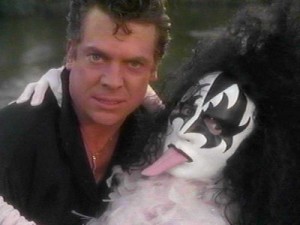 *stay out of my way, our you’ll pay, listen to what I say*