There have been many mysteries that remain unsolved and unanswered throughout the realms of the history of cinema.  What was in the briefcase in Pulp Fiction?  Does the spinning top eventually fall over in Inception? What happened to MacReady and Childs at the end of The Thing?  Could the volleyball scene in Top Gun have been anymore gay?  All of these puzzlements are mere child’s play compared to the cinematic question that hangs heavy over our heads.  What happened to Gordon The Dog in Friday The 13th Part 4???

Gordon The Dog lived a happy life.  A happy life that was cut way too short unfortunately.  He loved to run out of the car and chase after topless girls down by the lake, and he was even able to show affection to Corey Feldman.  But how did Gordon die?  We know he went out with a yelp through a second floor glass window.  But was he pushed by Jason?  Did he want to leave this cruel world on his own?  That’s the question that may never be answered.  Judge for yourself and watch the last footage of Gordon below.  I’ll allow you to take a moment to collect yourself afterward before we continue with this ridiculous post…….

There have been theories abound that Gordon utilized his dog instincts and just wanted to get out of dodge because he felt the evil presence of Jason Voorhees and felt there was no hope.  And the other theory of course is that Jason just picked up Gordon and tossed him out of the window like yesterday’s garbage.  I myself just think Gordon tripped and fell out of the window on accident.  He was always known to be clumsy afterall.  Whatever the case, I think we all know that the real reason Tommy Jarvis came back in Friday The 13th Part 6 was to exact revenge for Jason having something to do, one way or another, with the death of his favorite canine.  Join me now as we take a look back through the life of Gordon The Dog in picture form and remember the life he lived and the joy he filled our hearts with (cue up “I Will Remember You” by Sarah McLachlan): 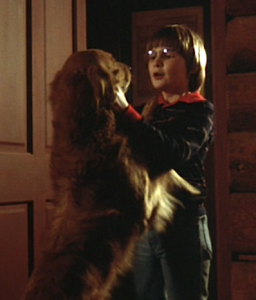 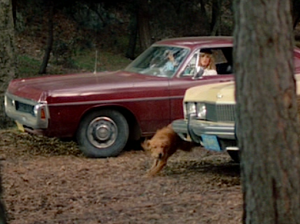 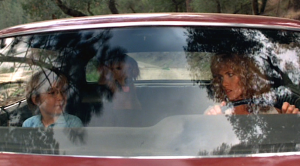 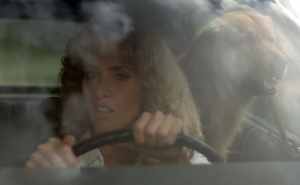 5 thoughts on “Dirty Horror Mysteries: What Happened To Gordon The Dog In ‘Friday The 13th Part 4’?”