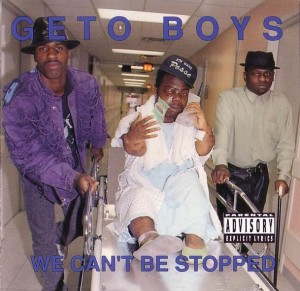 Now from that album, Bushwick Bill would introduce us to his infatuation with our favorite murderous doll from Child’s Play, Chucky, and also introduce us to his mind that seemed to be filled with making cake mix out of dead heads and frog legs.  Gross.  Yes, the track “Chuckie” (misspelled on purpose?), was born and from then on, Bushwick would be know for his connection to the little red headed guy and would even spawn the sequel track, “Chuckwick” off of Bushwick’s debut solo album, Little Big Man.  Which brings me to the reason for this post.

I really do think that Dr. Wolfgang Von Bushwickin The Barbarian Mother Funky Stay High Dollar Billstir (look it up) and his label, Rap-A-Lot Records, really dropped the ball here.  What if they would have made a movie based off the Chuckwick character to promote Bushwick and his albums at that time? 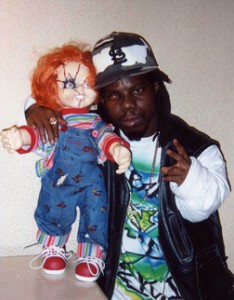 I mean, with the big horror movie slasher craze in the 80’s and early 90’s, who’s to say that Chuckwick wouldn’t have been competition for the likes of Jason, Freddy, or Michael?  At this point in time, all of those franchises were in a downward spiral, so Bushwick and his psychotic behavior could have brought sick and gory joy to horror fans and gangster rap fans alike!  If Master P could churn out shitty movies based off of his independent hip hop label No Limit, then why couldn’t Rap-A-Lot get in the game too?  Just the lyrics alone from “Chuckie” would provide countless amounts of cinematic entertainment. Imagine Chuckwick holed up in a cabin drinking gin and eating a dog’s brain and some barbecued broke legs?  Or in the grand finale, maybe he could come busting out of his cabin, shooting at the cops with his head stuck in a bird’s chest? 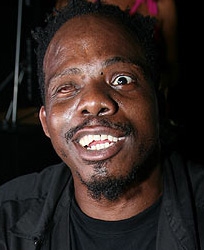 *I’m ready for my close-up*

The possibilities could have been endless and unfortunately, we’ll never know what could have been because Bushwick Bill is now a born again Christian and regrettably, isn’t talking about cutting heads into 88 pieces anymore.  But thankfully because of the timeless art of gangster rap, we can relive the memories anytime we want, and even have our own Chuckwick parties!  Ok, that might be a bit of a stretch.  And speaking of stretches, how great would it have been if in one of these never made Chuckwick movies, he ended up doing battle with an evil Biz Markie and his infamous mouth.  Oh well.  We can dream, can’t we? 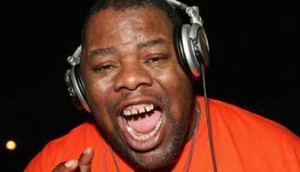 1 thought on “Horror What Ifs: A Bushwick Bill ‘Chuckwick’ Movie?”