You know the feeling you get when you eat ice cream too fast?  Yeah – that old “ice cream headache”.  Well, multiply that by 10 and that’s what you’ll feel when you watch Dario Argento’s Dracula 3D.  Now before I trash this movie version of the Bram Stoker classic novel, I will say that I am a Dario Argento fan. Suspiria is in my personal Top 10.  And Deep Red, Phenomena, and Opera on are my Italian horror radar.  But this Dracula 3D movie…..words just can’t describe it.  Rutger Hauer is in it.  Some boobs.  A random praying mantis. And a cool beheading.  And…..well…..that’s about it.

I won’t even waste your time and get into the plot.  It’s your standard Dracula yarn.  Dracula’s bad.  He bites people.  Van Helsing tries to stop him.  You know the routine.  So what I’ll do is just power point what stuck out to me as I watched this train wreck from the beginning to the end and throw in some random pics to amp up the fun factor of the review: 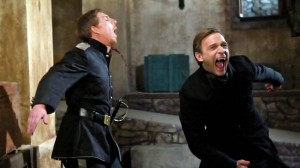 *owwww – threw my back out on that one*

Ok – let’s get on with the power points:

*  Theremin can really intensify a scene

*  Did a giant owl just transform into Dracula?

*hey look at these*

*  Asia Argento has a mannish voice

*  Creepy that Dario would film nude scenes with his daughter?  Yes

*  Did a bunch of flies just transform into Dracula? 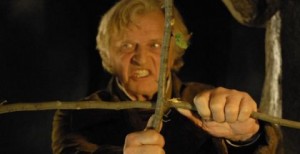 *don’t make me rub these two sticks together!*

*  Did they really get the fangs from the 99 cent store?

*  Did a praying mantis just turn into Dracula?

*  And Dracula dies by getting shot.  Really?  Shot?

Dracula 3D is the kind of film that is kin to the infamous cinematic experience called, The Room.  Haven’t heard of it?  Look it up.  My point is that this latest offering from Argento would be most enjoyed with a crowd full of drunk and stoned people at a Midnight showing on a Saturday night.  That’s really the only redeeming quality I can find with it.  Beside Tania’s boobs of course. Watch cautiously if you choose to take on Dracula 3D.  You’ve been warned. 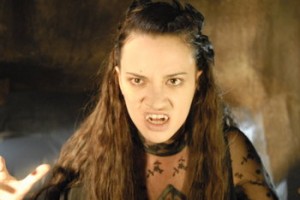