I need to take a shower.  No, I don’t really stink – but you know that feeling after you watch a movie that just kind of makes you feel ‘dirty’?  Welcome to the experience that is The Seasoning House.  A 2012 British film that is finally getting some shine in the US and deservedly so.  It’s brutal.  Let me rephrase that. It’s f*cking BRUTAL.  And just a hair shy of a masterpiece in my opinion as well.

First off, make no mistake – this is a horror film.  No, there are no zombies or paranormal entities involved.  Just human beings.  Which as we know from watching the news everyday, can be just as disgusting and dangerous.  The film takes place in the Balkans during 1996, and it centers around a young girl named Angel (Rosie Day) who witnesses her mother being shot by the military before being taken away to a house that supplies young girls as prostitutes. Angel’s a deaf mute, but smart, and the head of the house Viktor (Kevin Howarth) takes a liking to her.  He allows her to take care of the other girls who are being held there – bathing them, feeding them, and shooting them up with drugs so they won’t feel as much pain while being raped by their customers. Yeah, this is far from a feel good story by any means and is downright hard to watch at times. 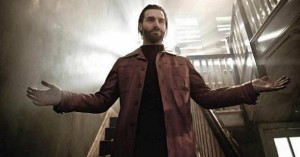 It isn’t until the man who was responsible for giving the order to have her mother killed, Goran (Sean Pertwee), arrives with some of his men that Angel begins to plot her revenge.  And essentially, that’s what The Seasoning House is.  A revenge film.  It’s done so well that even though you’ve technically seen it all before, it still manages to get under your skin enough so it stands out among other movie experiences that have revolved around the same theme. First time director Paul Hyett (who has done numerous makeup effects on movies like The Descent, Attack The Block, and The Woman In Black) feels at home behind the camera here and the visuals are quite breathtaking, in a sick kind of way.  And when Angel does begin to exact her revenge, it gets VERY bloody.  You’ll look away from the screen more than once most likely, as some of the violence is jaw-dropping (nice use of a piggy bank btw). 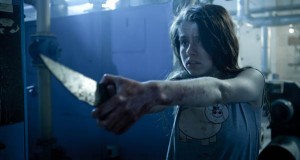 I was honestly surprised when I saw that The Seasoning House was rated so low on Rotten Tomatoes.  Is it because of the content and storyline?  Is it too real for some reviewers?  News flash:  there are situations like this happening all over the world as I type this.  It’s reality.  Which makes it even more horrifying.  And for me, it’s not just violence for the sake of showing violence – or even rape for that matter (which is obviously hard to watch no matter what). The acting is top notch, the visuals stunning at times, and you can’t help but grin when these human monsters get what they deserve. 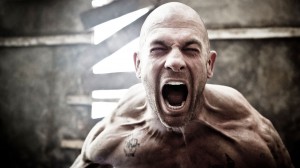 Bottom line:  it’s a well done movie.  It’s not for everyone and you’ll probably either love it or hate it.  It reminded me of when I watched last year’s Kill List as far as the divide that would most likely come when discussing the film.  I had some small issues with the ending and some of the believability all around when the revenge begins to take place, but those are just small qualms compared to the positives.  Big thanks to Karl from the Get Out The Room Podcast for bringing The Seasoning House to my attention.  Give it a watch – you’ll know from the first 20 minutes if it’s your thing or not.  If you can stick with it though, I guarantee that the movie itself will stick with you long after you’re done watching.