Well, it’s Thanksgiving.  A time when we can bow our heads, give thanks to those around us, and eat an obscene amount of turkey and mashed potatoes until we’re on the verge of puking.  It truly is a special time.  And if horror is as near and dear to your heart as it is to mine, then it’s only fitting to show it a little yearly gratitude.  So as a first this year, I’m going to give my 5 things that I’m thankful for so far in the world of horror for 2013.  Loosen up your belt buckle a notch, sit back, and enjoy!

I’m very thankful this year for the old school ghost story, The Conjuring, and more importantly, it’s $137 million box office gross.  It flaunted it’s R-rating, without showing too much blood and not a lot of CGI (thank god) proving that you can still get a smart, scary horror movie up on the big screen.  Raking in all of that cash was well deserved, as was the night light that stayed on in my bedroom after watching the movie. 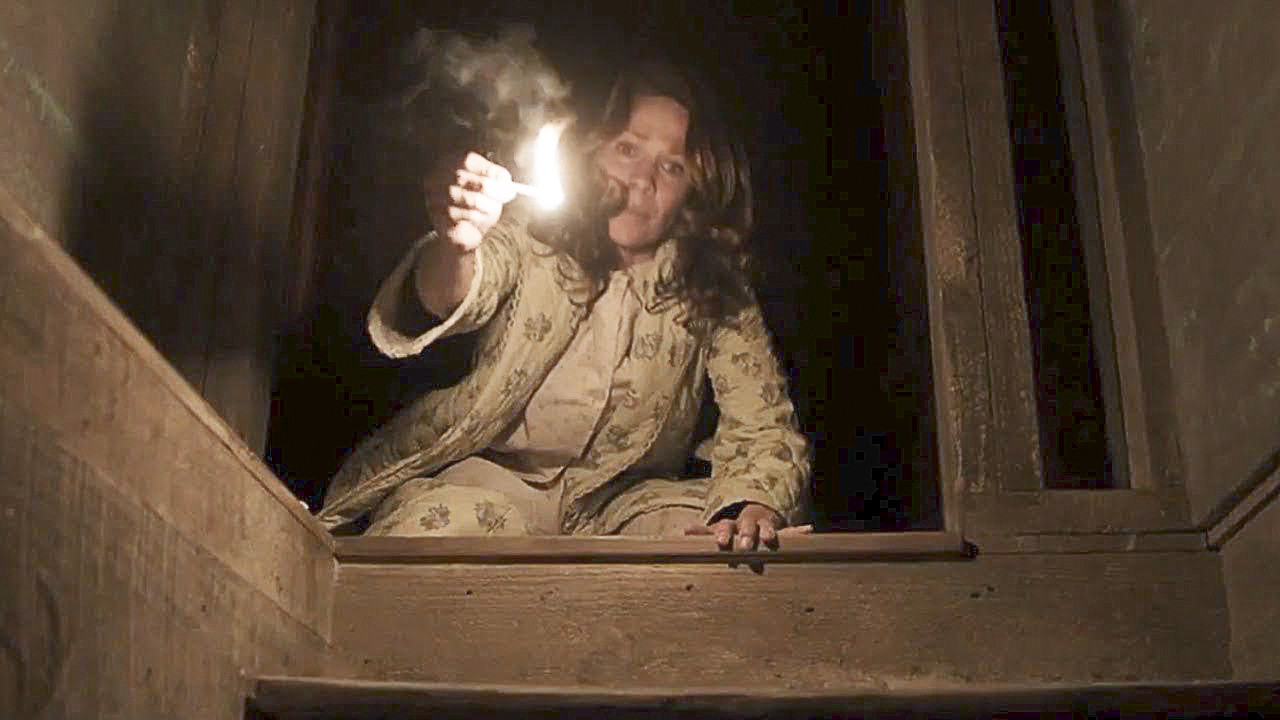 Yes, I have to give thanks to those involved in this year’s Evil Dead remake for making sure that it didn’t suck.  I was perspiring a tad when it was originally announced that this remake was even happening, but luckily in the end, I got a balls to the wall gorefest that had me grinning like I just got away with something I shouldn’t have.  Story was a bit thin, but who gives a shit when you have one possessed girl slicing her tongue in half and another cutting her arm off with an electric meat slicer.  And almost all in glorious non-CGI! 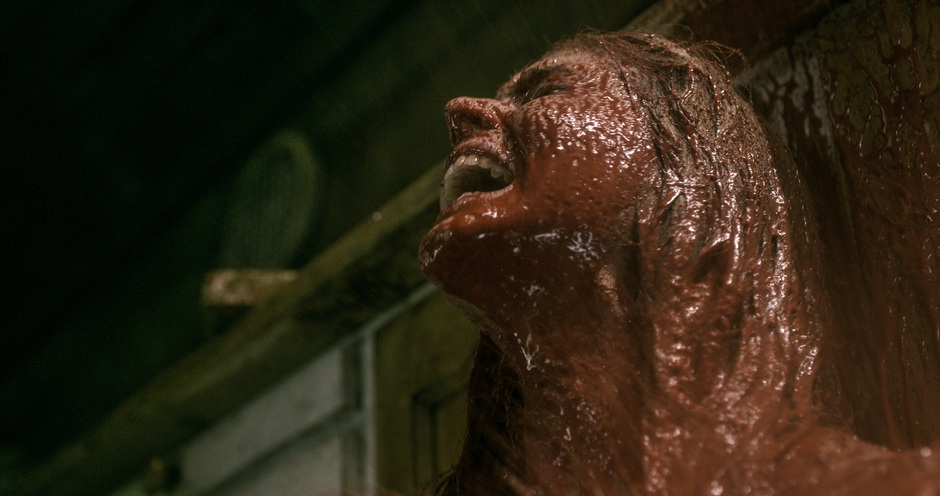 I don’t normally like to kick a dog when it’s down, but I want to give thanks to the Carrie remake for proving me right.  When I heard that they were remaking the 1976 original classic, I had a pain in my stomach that wasn’t my usual constipation after eating tacos.  And after seeing the finished product, all of my original fears were confirmed.  Pretty much a shot for shot remake, bad CGI blood and death scenes, and no John Travolta cameo.  All added up to a pointless remake that will be quickly forgotten.  Somewhere, Sissy Spacek is smiling. 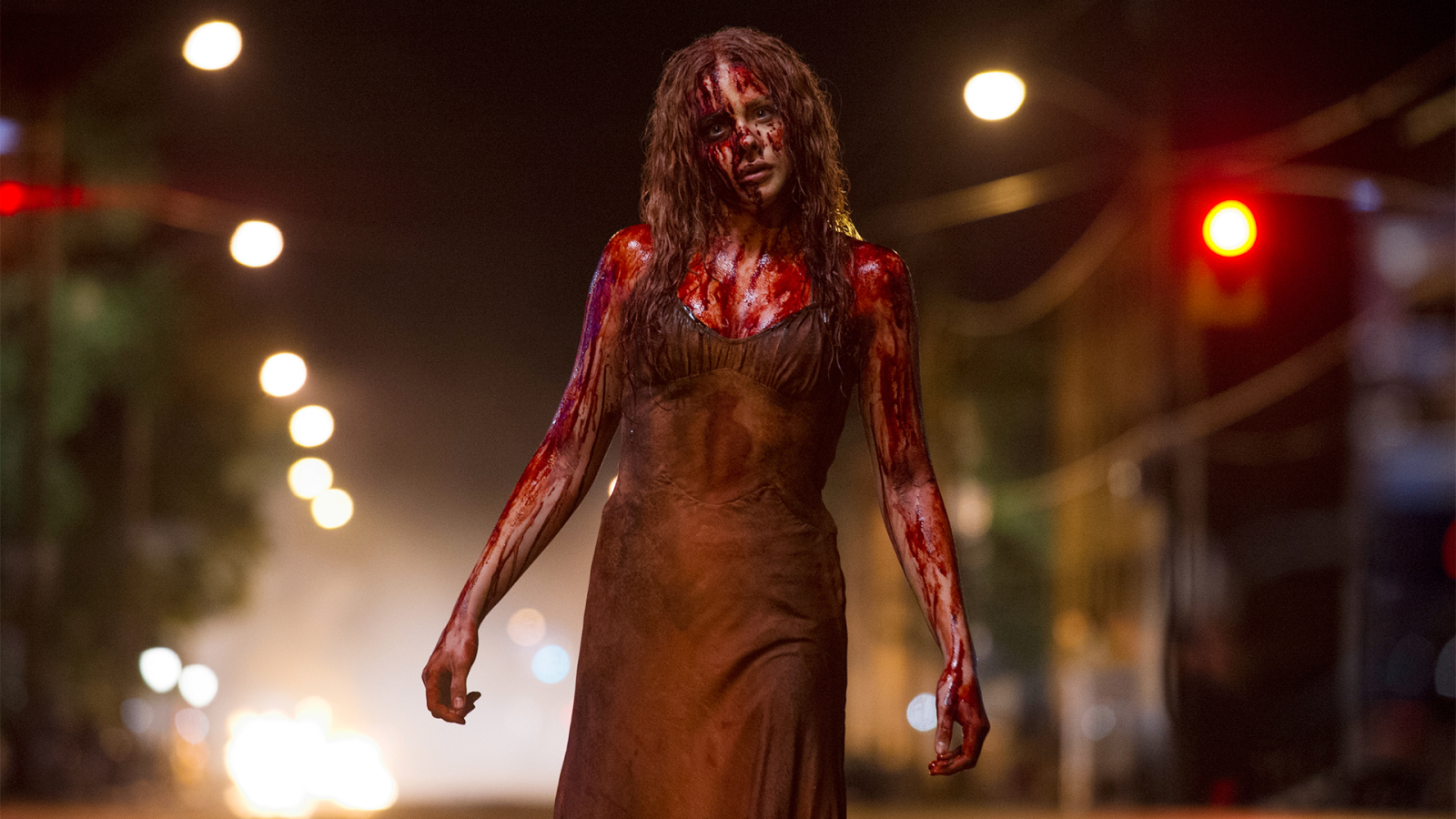 I want to thank Hershel from The Walking Dead for enlightening my life with the concept of having Spaghetti Tuesday on Wednesday instead.  Even though I had never even thought of having spaghetti every Tuesday, now with Hershel’s words of wisdom, I realized that to make my life better, I could have it on Wednesday to switch it up.  It’s the little starchy things that matter that most.

Well hello there old friend.  That’s right, the shitty slasher movie that took a beating from me in 2012 deserves all of the thanks in the world this year.  Because I need to thank Smiley for not showing up on my TV anywhere, and that’s mostly due to the fact that it’s so terrible that even the SyFy Channel doesn’t want any part of it.  No sequel talks.  And actress Caitlin Gerard is still doing McDonald’s commercials.  All is right in the world, except for the wars and ongoing poverty.  Happy Thanksgiving everybody! 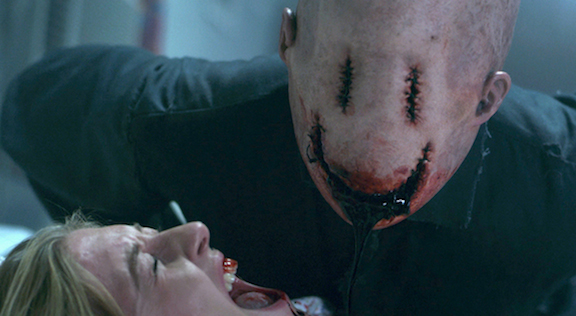