Who farted???  No one?  Ahhhh.  That smell then is the stench of bad horror movies from 2013.  And there were definitely some stinkers, but only a handful deserve mention in Dirty Horror’s Bottom 5 Horror Movies Of 2013.  Let’s get this shitfest started!

Watching the Carrie remake is about as much fun as watching a poor girl get tampons thrown at her in a locker room after unknowingly starting her period.  See what I did there?  The only reason this one made it towards the better half of the bottom list, is because I had a bad feeling all along that it would suck.  Pretty much a note-for-note remake, with decent performances by Julianne Moore and Chloë Grace Moretz as the only redemption.  But overall just a lazy, unneeded remake that saw horrible box office numbers to justify that laziness.

Now here’s a remake that I actually was holding out hope for.  Could they actually do something new and fresh with the whole Leatherface storyline?  Short answer is NO.  Texas Chainsaw 3D not only used 3D technology to pretty much no redeemable degree, it committed the one cardinal sin when dealing with a horror icon:  it made you try to feel sympathy for a human skin wearing, chainsaw wielding, maniac.  I think my eyes literally rolled into the back of my head from rolling too much during the final 20 minutes.

Wow!  Here’s something you don’t see everyday.  Congratulations to 2012’s Worst Horror Movie for somehow making it on to the 2013’s Worst Horror Movie list!  A feat that only you could accomplish, Smiley.  It really takes a rare breed of horror cinema to be able to make a 2013 list, even though you came out in 2012.  But you did it!  Cherish your moment and enjoy the ride. 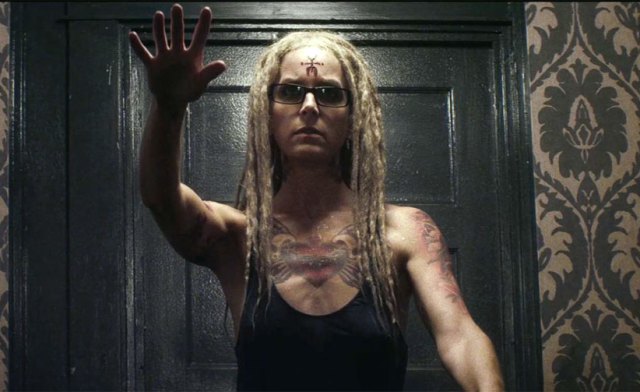 I learned a few things after watching Rob Zombie’s, The Lords Of Salem.  First, the legend is true:  Sherri Moon Zombie really is that bad of an actress and should not under any circumstance be trying to carry a movie by herself.  And second, Rob Zombie really didn’t give a shit about this movie as was evident from the Q&A with him that I saw after the screening.  I’m a Rob Zombie fan, so I was rooting for this one.  But in the end, it was a mess, as Rob found out the hard way that music video imagery alone can only get you so far as a movie director.  With news that The Lords Of Salem may have been his last horror movie, it makes it even more depressing.  Come back to the genre and redeem yourself, Rob! 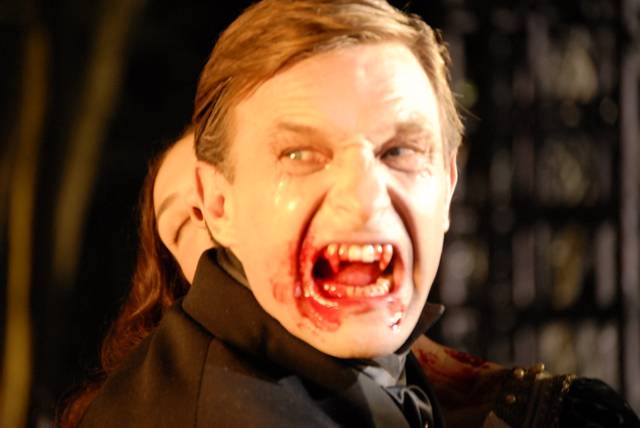 If you’re a guy and you’ve had the unfortunate pleasure of being kicked square in the balls, then welcome to Dario Argento’s Dracula 3D.  Don’t feel left out ladies, because I know getting kicked in your lady parts isn’t a walk in the park either, so you know the kind of pain we’re talking about here.  Now let me start by saying that I hold Suspiria on a ridiculously high pedestal and I am a big Argento fan overall.  But he made Dracula turn into a giant praying mantis.  A GIANT PRAYING MANTIS.  Nothing can take the bad taste of this one out of your mouth.  Not Rutger Hauer.  Not a theremin music soundtrack.  And not even a near perfect pair of breasts.  Do you hear that Argento?!  Not even breasts can save you from being the worst horror movie of 2013!