What’s the worst thing your brother or sister ever did to you growing up?  Tattle on you to your parents?  Steal your G.I. Joe action figure and flush it down the toilet?  How about reveal to you they were a serial killer that liked to chop people’s heads off and keep them in their closet in a bowling ball bag?  If you said yes to that last one, maybe you should stop reading this and go see a therapist.  But if you didn’t, then the good news is that there’s a new independent horror movie called Found that follows that exact storyline and will give you your serial killer fix.  Is it any good though?  Let’s find out.

Found has been making the rounds on the festival circuit for a couple years and is just now getting a proper VOD and limited theater run here in the US.  The buzz has been fairly strong and the official trailer was definitely promising and even had an endorsement from the one and only, Elvira Mistress Of The Dark!  Labeled as a coming-of-age horror movie, it definitely has that gritty look and low-budget feel that it was going for.  And that alone works in it’s favor.  But what about the rest? 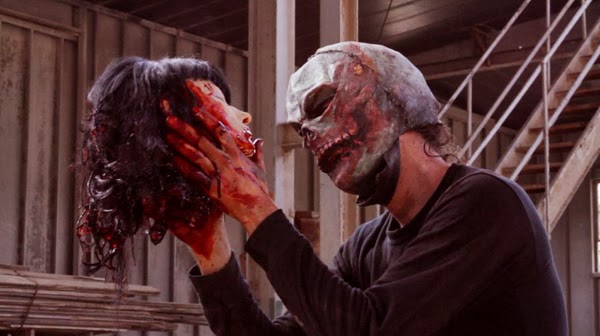 The plot revolves around a young boy named Marty (Gavin Brown) who is obsessed with horror movies and graphic novel comic books.  He’s bullied at school and lives a somewhat dysfunctional home life with his parents and older brother Steve (Ethan Philbeck).  Things get a little more dysfunctional when Marty is in Steve’s room one day looking for a bowling ball and instead, uncovers a severed head in the bowling ball bag.  He keeps the secret to himself, not even letting Steve in on what he has found.  It’s not until Marty and his friend sit down one night for a horror movie marathon that he comes to terms with what his brother is, as he watches a gruesome VHS movie called Headless that mimics what Steve has been doing all along.

Steve at one point finally confronts Marty about what he has uncovered and what he knows.  The brothers make a pact that if Marty stays out of his way, he won’t get hurt in the process of what Steve has planned next.  The guilt of knowing that his brother is a serial killer starts to get to Marty though, and he begins to unravel.  That sets up a final 20 minutes that is as shocking as it is silly. 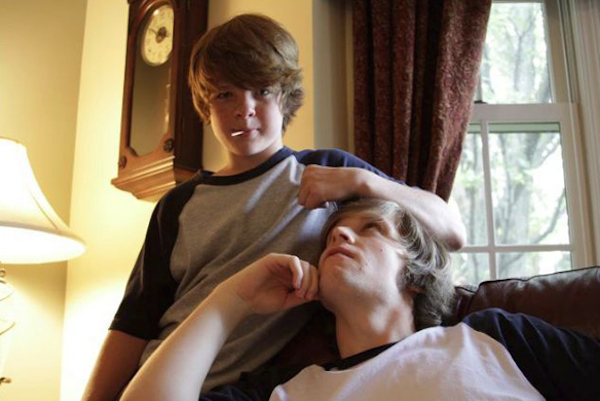 First I’ll start with the positives.  I loved the storyline, because it took the serial killer aspect and did something fresh with it.  Whether or not it’s wholly believable is another thing.  I also loved the obvious homage to the gritty, lesser known horror movies that I used to rent as a kid at the video store.  The movie within the movie in this case, Headless, is pretty twisted and almost deserves it’s own full length feature.  Gotta love the posters on the walls in the brothers’ bedrooms too (Street Trash, Without Warning, Popcorn).  Even with it being a slow burn, Found made me keep watching.  That mainly had to do with the story and content and unfortunately, not really the acting.

Which brings me to my one negative, but it’s a big one.  I realize that this is a low-budget independent movie.  But couldn’t they find some more talented actors for it?  I’m honestly not trying to be too critical, but this is a heavy movie that has no choice but to put the weight on the shoulders of the actors involved.  The parent’s acting skills were laughable at times, which definitely hurt the film during the more impactful scenes.  Gavin Brown did a good job as Marty and should be commended as a child actor for even taking on this role.  Ethan Philbeck as the maniacal older brother was hit or miss.  It’s a shame that the acting was subpar across the board because if hadn’t been, we could be talking about a modern day horror classic here. 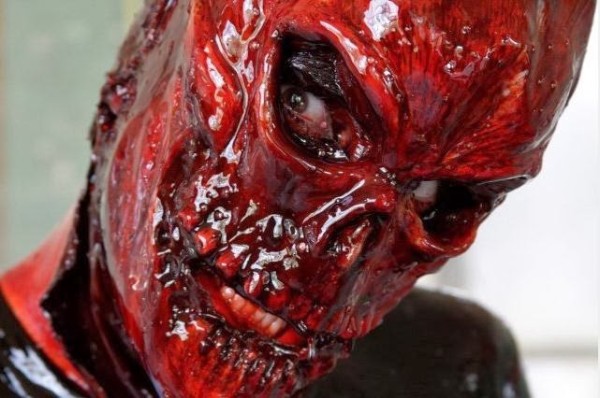 In the end, Found proved to be very frustrating for me.  All of the elements are there to make this a great horror movie and the movie itself gave enough nods to the horror genre, getting it points for that alone.  I loved a lot about it, but unfortunately the acting just wasn’t strong enough.  I do feel that writer/director Scott Schirmer has a bright future in horror and filmmaking in general, because Found looks stunning at times.  If you are into slow burn horror, there is enough here for me to recommend giving it a look so you can make your own judgement in the end.  Prepare yourself for an ending shot that just might send chills down your spine or possibly make you vomit.