Can you feel that?  No, not the creepy guy breathing heavily down your neck at the gas station.  I’m talking about LOVE.  It’s in the air!  And could it just be coincidence that Valentine’s Day is right around the corner?  Probably not. And when Valentine’s Day rolls around, there’s only one thing that comes to mind, and it isn’t the anxiety associated with getting the right flowers for my wife – it’s the 2001 appropriately titled slasher flick, Valentine! 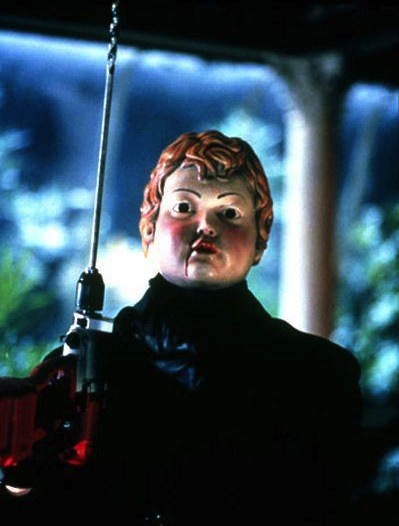 I have my thick suit of knight’s armor on because I know I’m going to take some punishment for this one, but I honestly don’t think that Valentine is that bad of an entry into the slasher genre.  Oh sure, My Bloody Valentine is head and shoulders above it, but there are bits and pieces of Valentine that I actually like.

The story is pretty generic overall:  Awkward kid gets bullied in school and at the Valentine’s Day dance, gets a lot of bloody noses, then comes back later in life as an adult to get revenge on the girls who turned him down when he was younger.  And it all happens around:  Valentine’s Day!  Shocking, right?  Fellas get a young Katherine Heigl and Denise Richards sporting their assets for eye candy and the ladies get Mr. Bones himself, David Boreanaz! 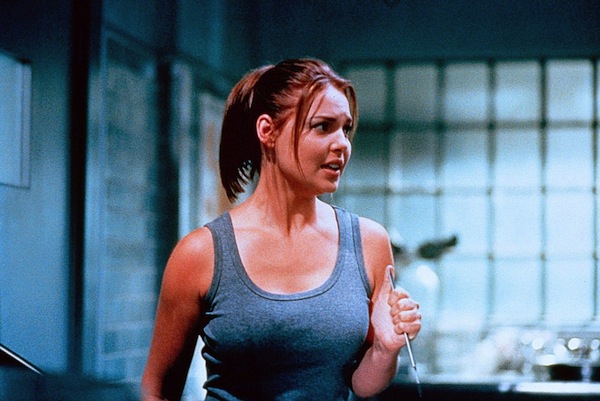 Oh sure, Valentine falls into the whole ‘I Know What You Did Last Summer‘ category that was popular at that time in horror movies.  It’s not really that gritty and some would say a bit too “pretty”.  But keep in mind if you do watch it again, that the MPAA edited the shit out of this and cut a lot of the gore out. Why we haven’t seen a Director’s Cut then is a bit of a mystery I guess.

The one thing that I absolutely loved in Valentine besides the picture above, was the Cherub mask that the killer wears.  Definitely creepy and effective and gotta love the added ‘nose bleed’ effect.  So this Valentine’s Day, dig deep into your $1 DVD bin, pull out Valentine and give it a watch.  After all, when are you ever going to see a bikini-clad Denise Richards get attacked in a hot tub by a giant power drill?