Should old acquaintances be forgotten, and never brought to mind?  Oh who cares, it’s time to talk the best and worst horror movies of 2015!  Small disclaimer before we get started:  There were some movies I didn’t get a chance to see, but they are on my ‘To Do’ list.  So pardon me if some of your best and worst are not on my lists.  Now let’s kick it off with best and save the worst for last! 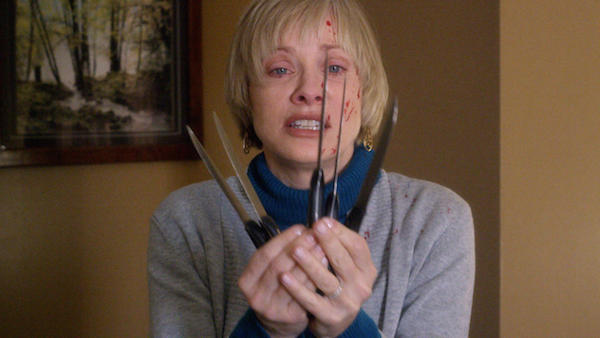 A good ol’ fashioned throwback haunted house story with a few surprises up it’s sleeve and some decent gore gags as well.  I’m a sucker for the 70’s/80’s throwback flicks and this one hit enough of the right notes for me to sneak into my Top 5 of 2015. 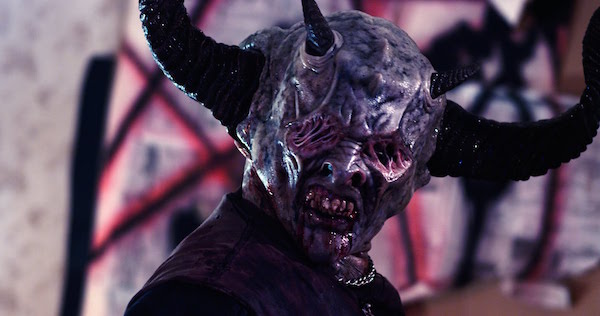 Remember just a little bit ago when I said I loved throwback horror movies?  Welcome to Deathgasm!  This movie is kind of like if you put Black Roses, Trick Or Treat (the 1986 one) and Dead Alive in a blender and chopped it up to make one epic fun movie.  Turn your brain off and enjoy the gory metal mayhem.

Uh oh.  A big studio movie made it into the list!  Guillermo del Toro’s return to horror wasn’t quite the home run I was hoping for, but the visuals and acting more than made up for the lack of story.  Oh – and that bathroom sink death scene?  Yowzers.

Ah yes.  The movie that started the big buzz at the beginning of the year.  Now I have yet to watch it a second time, but the first viewing was more than enough to impress me.  Some will say it’s overrated and doesn’t make much sense, but I dug how it left things open to interpretation.  Add to that a snazzy soundtrack and some truly creepy/scary moments and you’ve got one of the best of 2015.

I’m sure I’ll get some flack for this one as my number one pick, but I’ll stand by it proudly.  A fresh take on the exhausted premise of ‘found footage’ that actually grabbed me, mostly because of the performance of it’s star and co-writer Mark Duplass.  It’s unsettling and even with it’s slow pace, didn’t bore me.  Oh – and Peachfuzz was definitely a highlight.  Bring on the sequels!

Honorable mention:  Krampus, Stung, What We Do In The Shadows, Goodnight Mommy, Clown, Ex-Machina, Insidious: Chapter 3 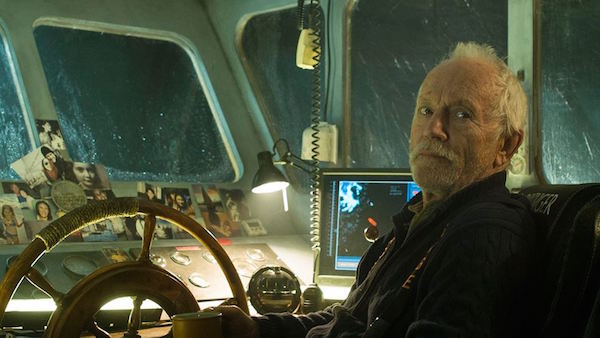 Practical special effects?  Lance Henriksen?  What could go wrong?  Unfortunately a lot.  Sad face.  I think it’s the fact that this film was toted as one that would bring back the look and feel of the old school horror movie.  Instead it brought a boring story, some bad acting, and effects that weren’t actually all that special in the end.  I had high hopes for this one, so it was definitely a bummer.

Wait a minute.  Smiley came out in 2012!  How does it keep popping up on my ‘Worst Of’ lists every year since then?  Oh that’s right.  Because it was such a piece of shit that it deserves to be on every ‘Worst Of’ list until the end of time. 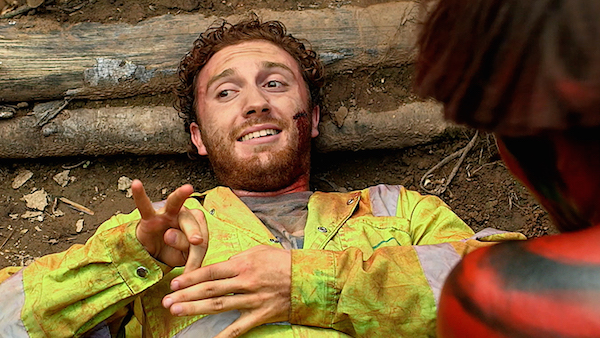 Goddammit Eli Roth…..I’ve always stuck up for you when people tell me you’re a hack and I’ve honestly loved the early part of your directing career.  But you keep firing blanks recently and it’s kinda bumming me out.  The Green Inferno on the surface was a nice throwback to the Cannibal Holocaust days.  But when I’m bored during a cannibal movie, I know that’s a bad sign.  Not even the gore could save me from yawning.  I know you’ve got another good movie in you Eli, so hopefully that will be sooner than later to get the bad taste of this one out of my mouth. 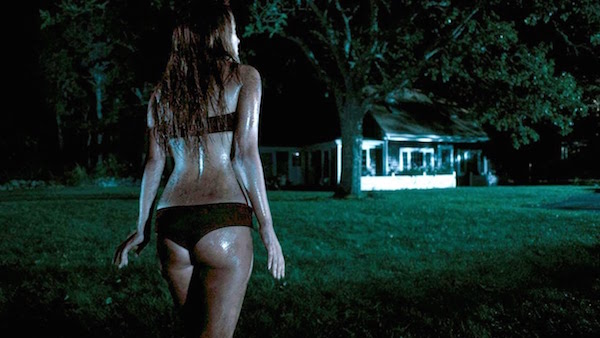 I had heard about Muck through the grapevine, but not good things.  So I made it my duty to track it down and watch it.  There are a lot of words that rhyme with Muck that could describe this movie.  I’ll let you use your fantastic imagination and come up with some on your own.  This is amateur hour and I’m not sure if those involved were in on the joke or not.  Not even the hot girls can save this from drowning fast……. 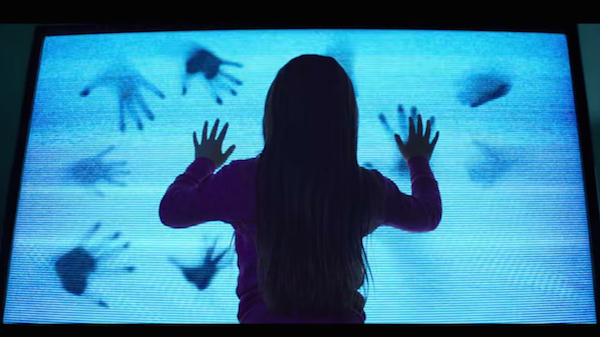 I know that there were worse looking horror films made this year, but when you fuck with my childhood, I will show you no mercy.  The original Poltergeist still holds up today (I recently watched it again) and there was really no conceivable reason to remake it.  Unless………oh yeah.  Money!  The remake has nothing on the original when it comes to scares and chills, and the CGI is out of control.  I like ya Sam Rockwell, but you go sucked into the remake vortex and couldn’t get out.