Being that I’m a busy man (some sarcasm is implied there), I haven’t been keeping up on my reviews!  For shame.  Soooooooo – instead of boring everyone with long-winded summaries of what I thought of my recent watches, I’ll condense them and skip the bullshit.  Let’s go! 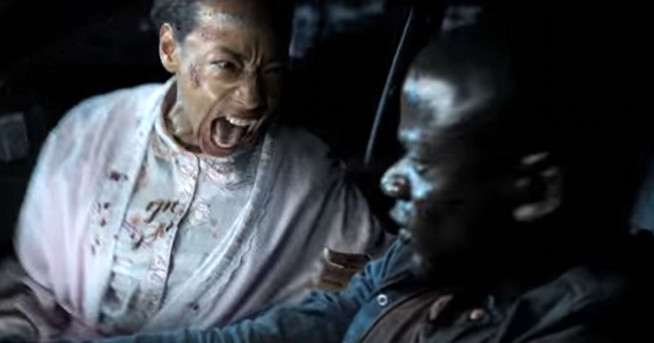 Ah yes.  The movie with all of the buzz.  And you know what, it deserves all of it!  Director/Writer Jordan Peele has crafted something to behold for horror fans and fans of cinema alike.  Get Out is about as smart as a social commentary in a horror movie can be.  Tackling a variety of topics (race, trust, relationships), it seems to get fresher as the runtime moves along.  Helping that is the standout performance from Daniel Kaluuya as a black photographer going to meet his white girlfriend’s family for the first time, with many obstacles in his way.  Jordan Peele takes you on a cinematic horror-coaster ride and doesn’t let up until the very end.  Don’t be shocked if Get Out is in the Oscar talks next year (even though it’s early), as Peele deserves to be in consideration and needs to be considered a new force in the horror genre as well. 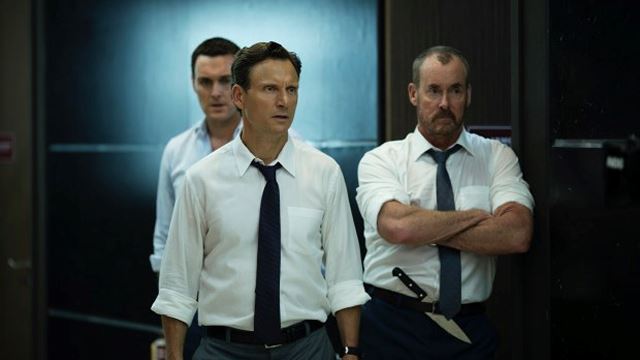 Have you ever sat in your office at work and thought about what would happen if you were thrust into a “game” where you had to murder your co-workers to survive?  Oh come on – I can’t be the only one!  Well luckily The Belko Experiment exists to help us play out that scenario.  I was lucky to catch a screening this past week with writer James Gunn (Guardians Of The Galaxy, Slither) and director Greg McLean (Wolf Creek) in attendance.  With an obvious nod to Battle Royale (one of my favorites ever), 80 workers are pitted against each other in a ‘survival of the fittest’ environment thanks to a voice over on an intercom in the building.  Each have also had a bomb surgically implanted in their heads set to detonate if the rules aren’t followed.  Stupid plot aside (sometimes it’s warranted), I had way more fun than I thought I would with The Belko Experiment.  Great hammy performances form John C. McGinley and Tony Goldwyn added to the fun, as well as some great gore gags.  Is the film perfect?  No.  But definitely worth a watch! 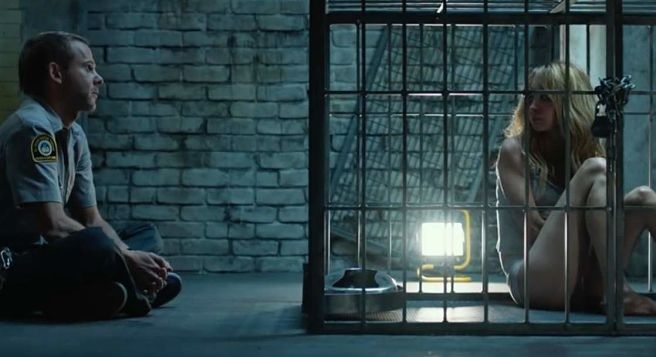 Pet was originally released last year in a very small theatrical run.  I had heard good things, so I slapped it on Amazon Prime last night and was kinda blown away.  Definitely not for everyone, but it stars Dominic Monaghan as Seth, a bit of a loner that has an infatuation with a waitress named Holly (Ksenia Solo).  He pursues her, she gets annoyed, and he captures her and makes her his ‘pet’ and locks her in a cage where he works.  To say anything more would be a shame.  Just watch it and wait for the little twists and turns.  I think Ksenia Solo might be my new celebrity crush btw.  Pet can be absurd, but that’s the point I guess.  Suspend your beliefs and you’ll have a good time with it.  Definitely one of the more pleasant surprises I’ve watched recently.