What sets Red Christmas apart from other Christmas-themed slashers is that it deals with some pretty controversial/heavy subject matter.  More specifically:  Abortion.  The movie starts off with a bombing at an abortion clinic by some pro-life extremists.  Sound fun so far?  Well, we see an aborted baby being rescued during the bombing……and then fast forward 20 years later. 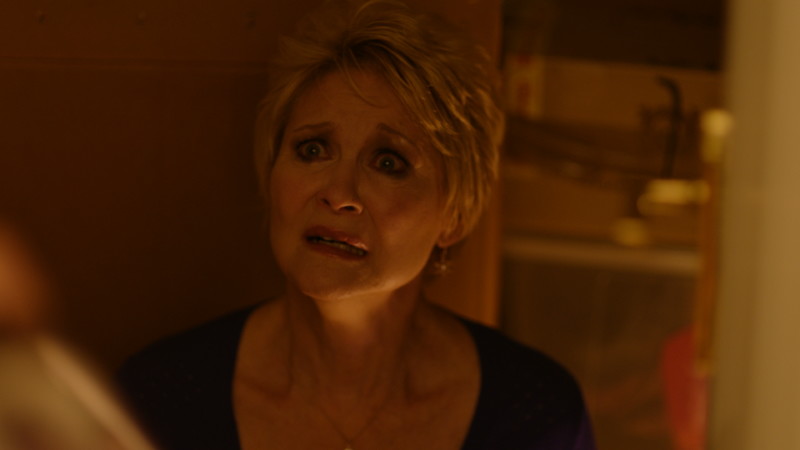 Diane (played by the legend that is Dee Wallace) is getting her family together for one final Christmas before she sets off on a European excursion.  In the middle of her children fighting and during the prospect of opening presents, there’s a knock on the door.  And who is behind the door?  Well, it’s Cletus!  A mysterious face-wrapped figure in a dark cloak carrying a briefcase and a letter that is addressed to ‘Mother‘.  I’m sure you’re smart enough to figure out who he is and why he’s there based off of what I’ve told you so far. What ensues after his arrival is chaos, blood, more blood, some bad decisions by our group, and a reveal of Cletus’ face that is a cross between The Elephant Man and ‘The Monster’ from 1981’s The Funhouse.

I will admit, Red Christmas caught me a bit by surprise with the in-your-face abortion storyline.  I commend it for this though, because it gave the whole film more weight (even if it felt a little too heavy at times).  It’s an intriguing twist in the over-saturated slasher market and it helps Red Christmas stand out.  The other thing that stood out was the overall look of the film.  It’s gorgeous in spots, reminiscent of Dario Argento’s Suspiria.  The colors pop (I have a soft spot for anything neon), and it adds to the overall experience – especially in the last 30 minutes.

Acting-wise, it should be no surprise that Dee Wallace carries the film and makes the most of her character.  The pain of a mother giving up a child comes through in the end, and the cast overall did a great job.  Lower budget horror films are sometimes hit-or-miss with their performances, but everyone’s acting chops on display here are on point. 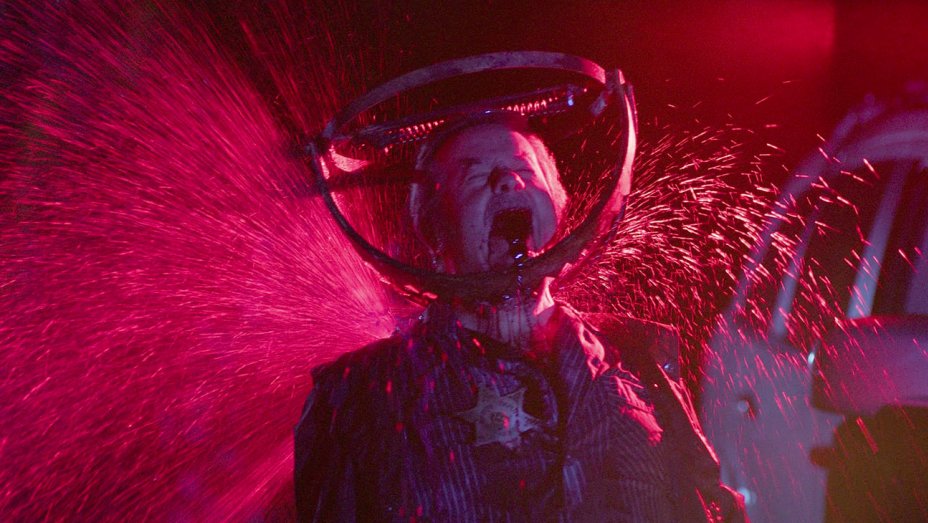 So is there any coal going into the stocking of this movie?  Just a little.  Red Christmas obviously isn’t to be taken too seriously – but it unfortunately has the characters doing some pretty dumb things.  Splitting up is never a good idea, especially if some psycho just split your sister/daughter in two from head to toe.  Some of the editing caught me off guard as well, because I couldn’t tell who or what happened to some of the characters. Even at a brisk 81 minute runtime, Red Christmas still could have used a little tightening up in the pacing department, especially during the last half.

Overall, I actually really respected and loved the approach that Craig Anderson took with Red Christmas.  It may offend some, but for me it elevated the movie past other independent slasher movies that are sitting on shelf.  There is some comedy to offset the weighty subject matter at times, and the over-the-top gore is of the practical kind which will always get a thumbs up from me.  May I be so bold as to say that Red Christmas would be a great double-feature alongside Black Christmas this season?  Quote me on that.  And also quote me on saying that Cletus should definitely keep his face wrapped.