With the list of actual good Christmas-themed horror movies being somewhat on the short side of Santa’s ‘Good‘ list, we could use something a little fresh to get the egg nog flowing in the ol’ veins.  And for the most part, Better Watch Out does that.  Not without it’s flaws however, it still manages to keep things interesting throughout the runtime – and yes, it has the ever popular TWIST that you may or may not see coming.

As I alluded to earlier, 12-year-old Luke (Levi Miller) is about to be babysat by his crush/babysitter named Ashley (Olivia DeJonge) for what looks to be the last time because she’s moving away.  And little Luke is planning on making the big move on her before the night’s over.  Oh, to be a young and stupid pre-teen again.  He talks about his plan with his friend Garrett (Ed Oxenbould) in dirty detail, and after Luke’s parents leave for the night (played by vets Virgina Madsen and Patrick Warburton) he starts to put his plan into action.  He wants to impress Ashley – so he breaks out the booze, eats pizza with mushrooms on it even though he hates mushrooms, and manages to even try and cop a feel in the leg area.  Ashley is preoccupied with her phone though (fighting with her boyfriend of course) and scolds Luke for acting inappropriately.

In the middle of all of this, strange things start happening inside and outside of the house.  Lights begin going out.  Luke’s friend Garrett appears to have someone take him out with some sort of trap in the backyard.  And all of this starts to add up to a big whodunit that feels cautiously like your typical slasher fare.  Ahhhh – but remember when I said something about a twist?  Yep, about a half-hour in we get it.  And from there on out, Better Watch Out is an entirely different movie.  Being compared most places as a Home Alone/Funny Games mash-up, I would concur with that statement.

Let’s start handing out gifts to all who deserve it.  First up, Levi Miller.  He carries the movie with his smart-ass attitude, but with a hint of sweetness and vulnerability.  Without him, not much would work here.  That’s not saying that Olivia DeJonge and Ed Oxenbould don’t get something good from Santa this year too, as they both do the most with their roles.  And here’s a little something for the director and co-writer Chris Peckover.  Better Watch Out looks great, and pops visually with a lot of the usual Christmas colors.  The story, albeit a little stale and overlong at times, keeps things interesting enough to make you care about how it all turns out. 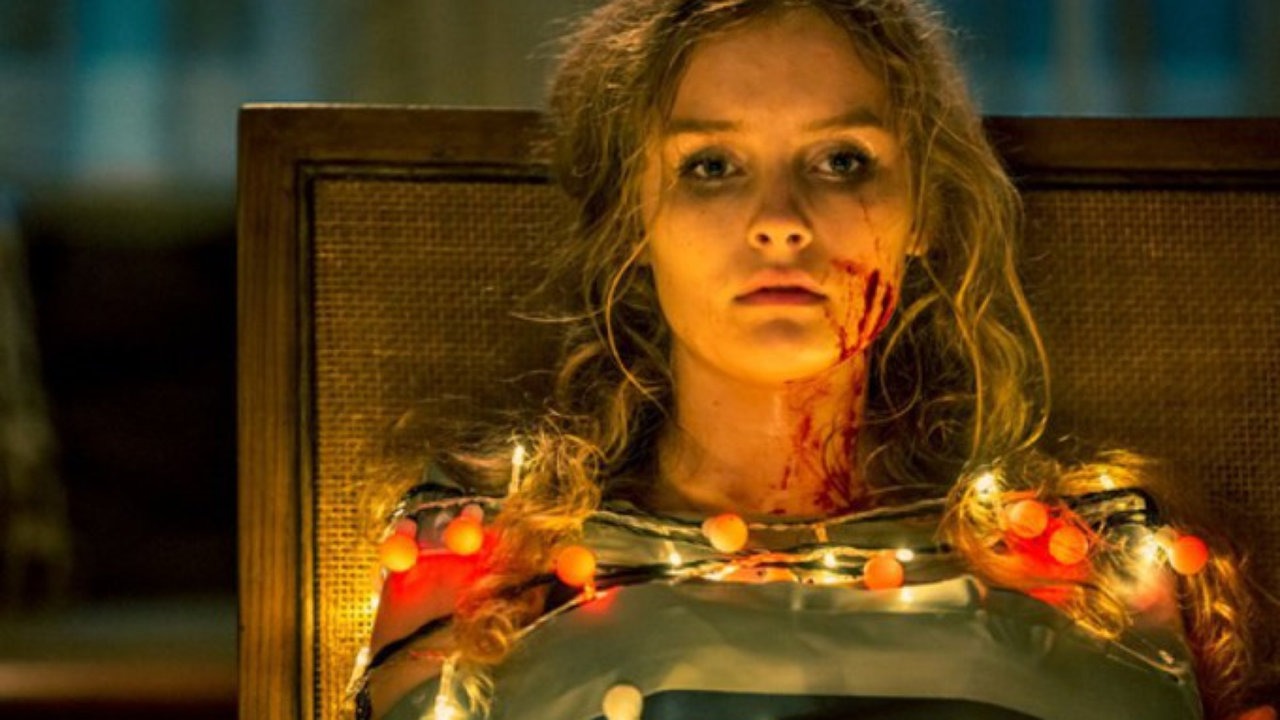 Ok, now the unpleasant part of handing out coal to some of the movie’s lesser moments.  First up would have to be the twist for me.  Now I know, this twist makes or breaks the movie.  And I initially loved it.  But…..it goes on for an hour after it’s revealed.  I honestly thought if it had been introduced a little later in the film, it would have been more effective.  The believability lost steam for me and I started to not care about some of the characters.  Some more coal goes to bits of the “edgy” humor throughout the story.  I’m all for kids talking like adults, but here it seemed a bit forced and almost too crude for my taste for this particular scenario.  I found myself rolling my eyes more than laughing along with the cast in some spots.

When I was done with Better Watch Out, I was conflicted.  Part of me was annoyed by it.  Part of me appreciated the boldness and risk-taking side of it.  So at the end of the day……I decided I was left feeling pretty jolly!  A second viewing is needed before the 25th just to make sure, but add Better Watch Out to your required Christmas horror viewing list.  And if you don’t, Santa will know.