If you are easily offended and do not like to see children in movies be killed by their parents after having their minds taken over by a static transmission from the TV, then you should probably stay away from the horror/comedy Mom and Dad.  However, if you want to see Nicolas Cage go completely bonkers like only Nicolas Cage can and get chased around the house by an equally bonkers Lance Henriksen……then you need to watch Mom and Dad.  It’s a crapshoot.

I ended up on the latter end in the above paragraph, as I found Mom and Dad to be a fun little slice of pulpy nastiness.  Written and directed by Brian Taylor (Crank), this movie kind of snuck up on me with some of it’s visual flair – but I guess I should have expected it considering Taylor’s past films.  Did I mention that Nicolas Cage is in this?  Oh, I did.  Let’s talk about the storyline! 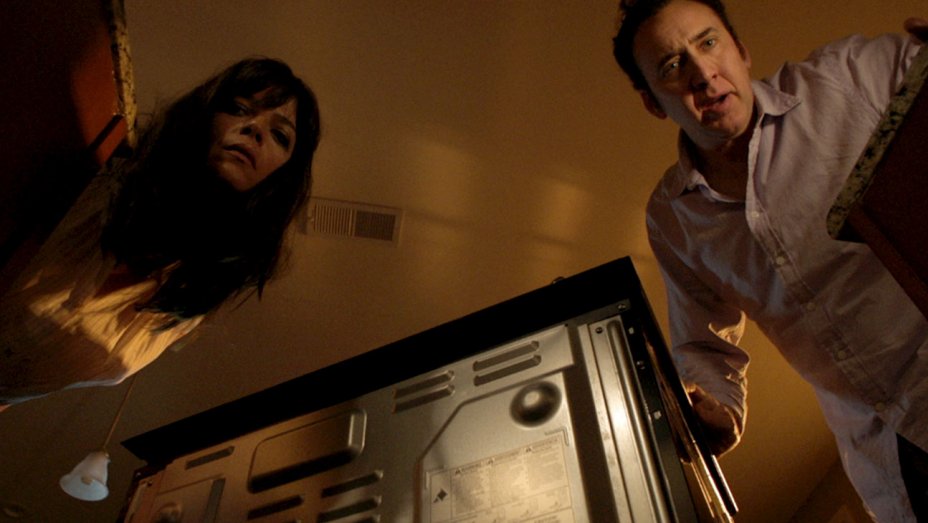 Actually, we don’t need to get much into the plot.  It’s fairly simple:  A static transmission plays on television sets and drives parents to want to murder their own children.  They won’t harm other children, only their own.  Sweet.  But the main family that we spend the most time with in Mom and Dad are the Ryans.  Nicolas Cage plays Brent, a hard-working father who just wants to put a pool table in his basement.  His wife Kendall is played by Selma Blair and all she wants is to make Brent feel like shit for putting a pool table in the basement.  Oh – and they both try and kill their kids Josh (Zackary Arthur) and Carly (Anne Winters).

What I liked about Mom and Dad besides it’s very lean runtime (83 minutes) was that even though the plot was intentionally goofy, director Brian Taylor gives the film a stylized look that makes it stand out.  From the opening credits, you pretty much know what kind of ride you’re in for.  The acting, albeit intentionally way over the top, gels nicely with Taylor’s style and story.  But let’s be real here – this is Nicolas Cage’s movie.  Without him, it would just be….well….a decent movie without Nicolas Cage in it.  There is one point in the movie, where Cage says the word ‘Muthafukaaaaas‘ so well, that I had to keep rewinding it and watching it again. 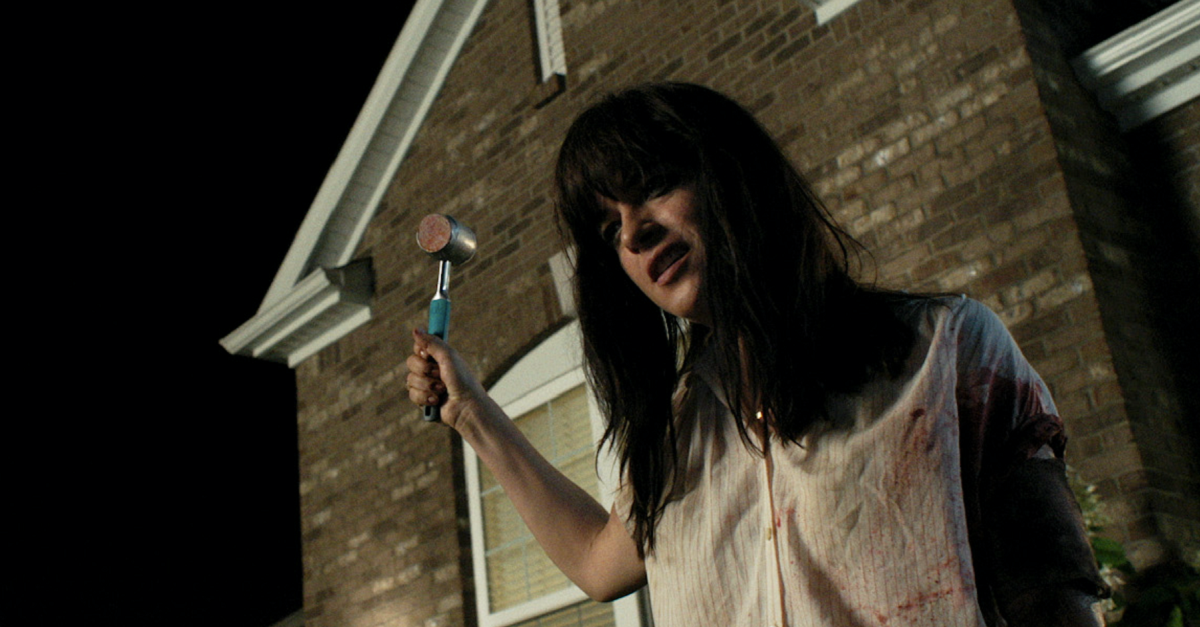 On the downside for Mom and Dad is that I felt like it could have pushed the envelope even more when it came to the subject matter and content.  Yeah, I’m a sick bastard.  But if the on-screen violence was ramped up and pushed to the limit, I probably would have enjoyed it twice as much.  It also gets a little too goofy for it’s own good at times, but therein lies the charm I suppose.

All in all, Mom and Dad was a pleasant and nasty little surprise.  I will pretty much watch anything with Nicolas Cage in it, but this felt like an extra special treat.  Yes – it had some problems, but overall I dug some of the risks it took with both the dialogue and visuals. Give it a go.  And if you don’t like it you can punch Nic Cage in the face.  Or just pour a bunch of bees all over him.  Oh god, no!  Not the bees!!!!