Sometimes, it’s the little things that matter.  And in the case of Puppet Master: The Littlest Reich, it’s definitely true!  Oh how I’ve missed seeing little puppets slice and dice up unsuspecting and suspecting victims on the small screen (and big screen if you’re lucky to catch this one).  But wait – a twist comes with this reboot of sorts of the Full Moon/Charles Band helmed Puppet Master franchise.  Instead of the puppets killing Nazis in previous movies…….they ARE the Nazis in this new incarnation (or at least Nazi sympathizers)!  And boy – they really don’t have a tolerance for much.

This is a standalone movie, basically so Charles Band can still make his style of Puppet Master movies that he’s been doing.  As previously mentioned, it’s a reboot – not a remake.  Some of your favorite puppets from the other franchise entries are here (Blade, Pinhead, Torch, Tunneler) – but slightly modified (again, so that Band can keep the original creations in his movies).  It’s not terribly distracting, but it did make me miss the originals more.  Fear not however, because there are plenty of new puppets to fill the void! 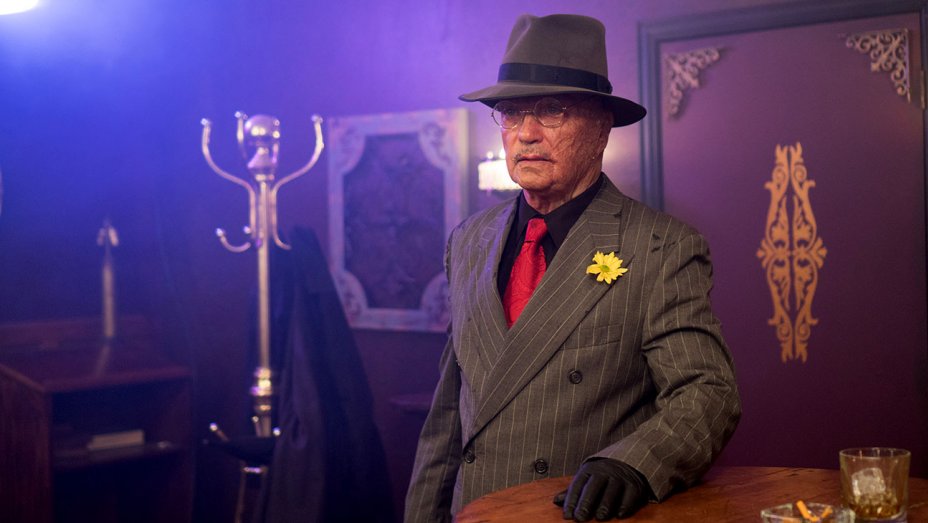 The story, albeit for the kind of movie that this is, feels a bit convoluted.  But the gist of it is that a comic book artist and store owner named Edgar (Thomas Lennon), discovers a puppet (Blade) in his deceased brother’s room while he visits back home.  Curious about it, he researches online to find out that it may be valuable – because only a few were made.  As luck would have it – there’s a convention/auction going on nearby that has everyone who owns one of these rare puppets attending to see how much they can get for them.  So Edgar, his girlfriend Ashley (Jenny Pellicer), and his nerdy best friend Markowitz (Nelson Franklin) hit the road to see what the convention is all about!  It’s pretty much about these puppets waiting to murder everyone.  Oops….spoiler alert.

I guess I should have mentioned that Andre Toulon (Udo Kier) is “buried” close by and has summoned all of the puppets to do his dirty work.  And by dirty work, I mean go on a murderous rampage where gay and Jewish people especially, are not welcome.  Did I mention this movie deals with a lot of racial and hate themes that may be troubling for some viewers?  Yeah, it gets super insensitive and shocking up in here.  So be warned. 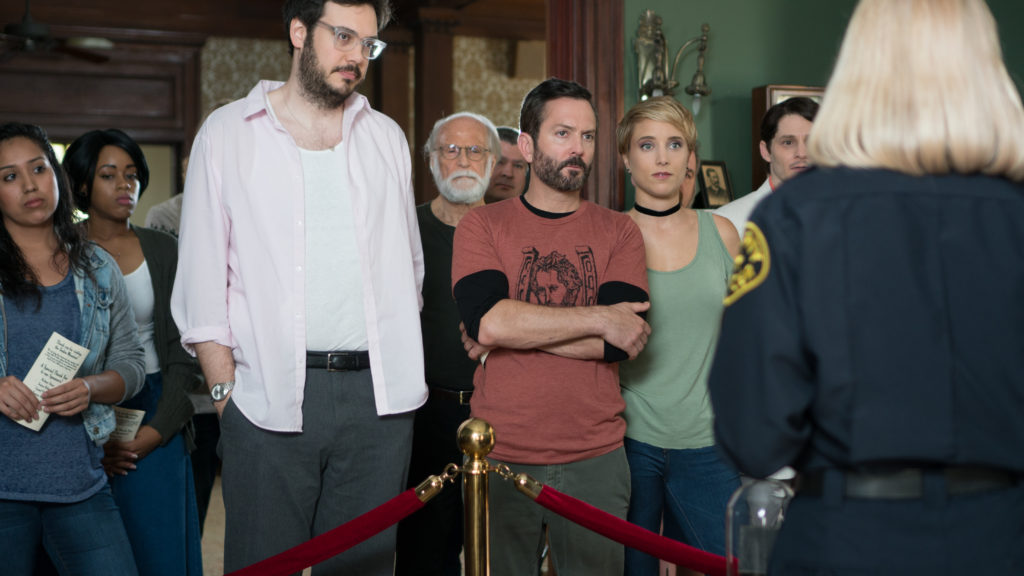 Once the puppets spring into action (literally, because there isn’t much CGI to be found here), Puppet Master: The Littlest Reich earns it’s stripes for the batshit crazy kills it delivers that will make you think you’re watching a Troma movie.  No one is safe.  You think when you see a kid onscreen that he’ll get away unharmed?  Think again.  Oh – the pregnant lady must be off limits, right?  Nope.  I won’t spoil anything, but rest assured that the non-CGI blood flows gloriously here and I appreciated that alone – even if the subject matter made me wince a few times.

Edgar and his friends do their best to figure out what exactly is going on, with the help of a detective (played by screen vet Michael Paré) and policewoman (played by the always enchanting Barbara Crampton).  It’s always a welcome sight to see some familiar and friendly faces.

I was lucky enough to see Puppet Master: The Littlest Reich with a packed theater at the LA premiere and I have to say, it made the experience that much better.  So I’m a little biased with my review I guess, because I feel like if I had watched it at home for the first time then maybe I wouldn’t have liked it as much as I did.  Having said that, reboot or not – I think this is one of the better Puppet Master movies for what it’s worth.  Might not be worth much to some because let’s face it – the Puppet Master franchise isn’t really known for it’s ummmm……highbrow cinema.  Although, this was written by S. Craig Zahler (Bone Tomahawk, Brawl In Cell Block 99) – so it does carry a little more weight.  And it carries new puppets too, like Happy Amphibian (a frog/clown hybrid).  Not to mention a Junior Fuhrer toy that needs to be seen to be believed. 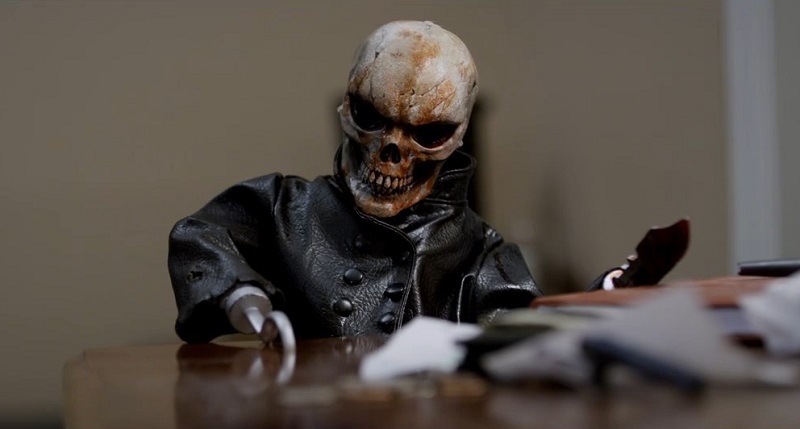 I’m a huge fan of Thomas Lennon, and he’s definitely trying to do his ‘low talking’ bit here – and it works for the most part.  The acting across the board was above average, especially for a Puppet Master movie – and the special fx were almost all void of any CGI, which was a huge plus.  On the downside, I will say that the absence of the ‘original’ puppets put a damper on things somewhat for me.  A variation at least of Leech Woman and Jester would have been welcoming – and why have two Tunnelers in the movie if you’re not going to really utilize them and give them some screen time?  In addition to a few puppet missteps, there were also quite a few scenes that just didn’t pay off or flow at all with what was going on in the story.  Sounds silly critiquing a Puppet Master script, but here I am doing it.  I did enjoy the graphics over the opening credits though – something I wasn’t really expecting or expecting to rave about.

Ok, I will admit – I’m onboard for more Puppet Master movies!  I saw enough that I liked in The Littlest Reich to warrant at least a sequel to this one.  I mean, they left it open for a sequel….so they have to do one, right?  Right???  To sum up, although it had it’s usual Puppet Master movie flaws – Puppet Master: The Littlest Reich was a nasty little slice of B-movie horror cinema that you should steer clear of if you’re easily offended.  Oh – and if you don’t like see a decapitated head get peed on after it falls into the toilet.  Yeah.  Steer clear.  Everybody else – come on down!