Please indulge me for a moment and take a trip down memory lane…….to a wondrous place called the Son Of Svengoolie show from the 80’s!  What???  You don’t know what the Son Of Svengoolie show was???  Well….if you didn’t live near Chicago and if you don’t peruse around Youtube a lot looking up old clips of 80’s horror movie shows, then you probably are clueless.  Let’s just say that the show was a HUGE part of my childhood and Sven is still on the air today on MeTV ( he’s now known as just Svengoolie though).

The point of this particular post is to spotlight a parody that was done on the Son Of Svengoolie show a loooooong time ago, which clearly was poking fun at David Naughton from An American Werewolf In London.  You see, before David was turning all fangy and hairy courtesy of make-up effects master Rick Baker in that classic 1981 movie…..he was peddling Dr. Pepper to the masses!

Amazing.  And I am curious how many of you out there wanted to be a Pepper too.  But anyway, Son Of Svengoolie periodically would do song parodies on his show and yes, he parodied the Dr. Pepper commercial.  Only instead of Dr. Pepper, it was called Dr. Rābbees!  Get it?  Because of the werewolf thing??  And werewolves might have rabies????  Anyway, here’s the clip and hopefully you enjoy it as much as I do for the ridiculousness that it is.  And make sure and watch Svengoolie on MeTV every Saturday! 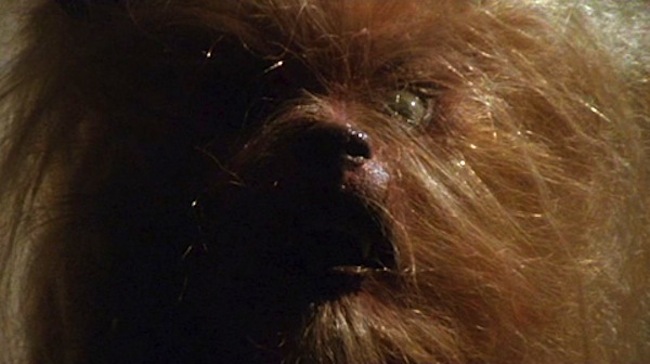