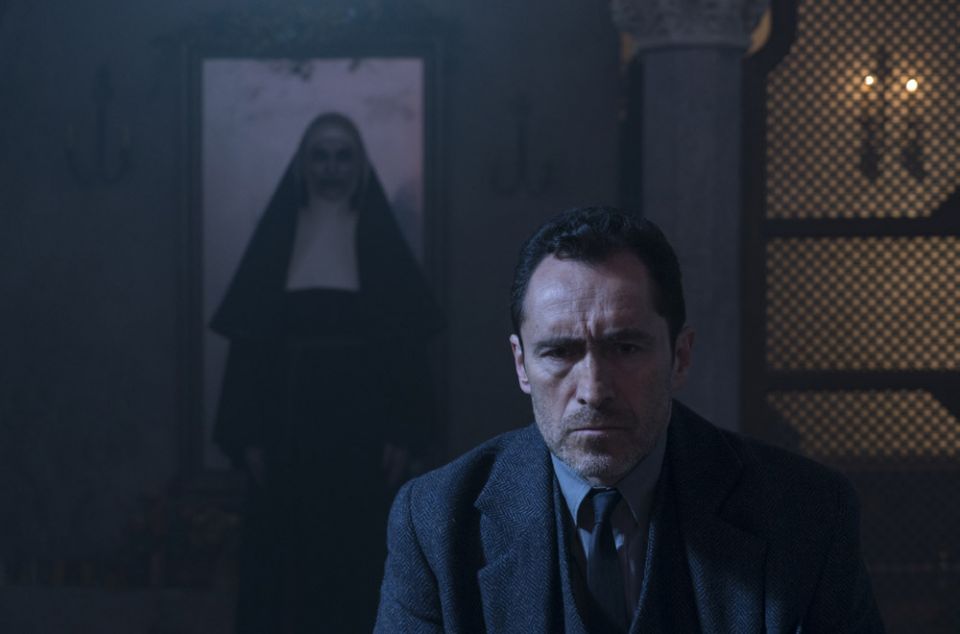 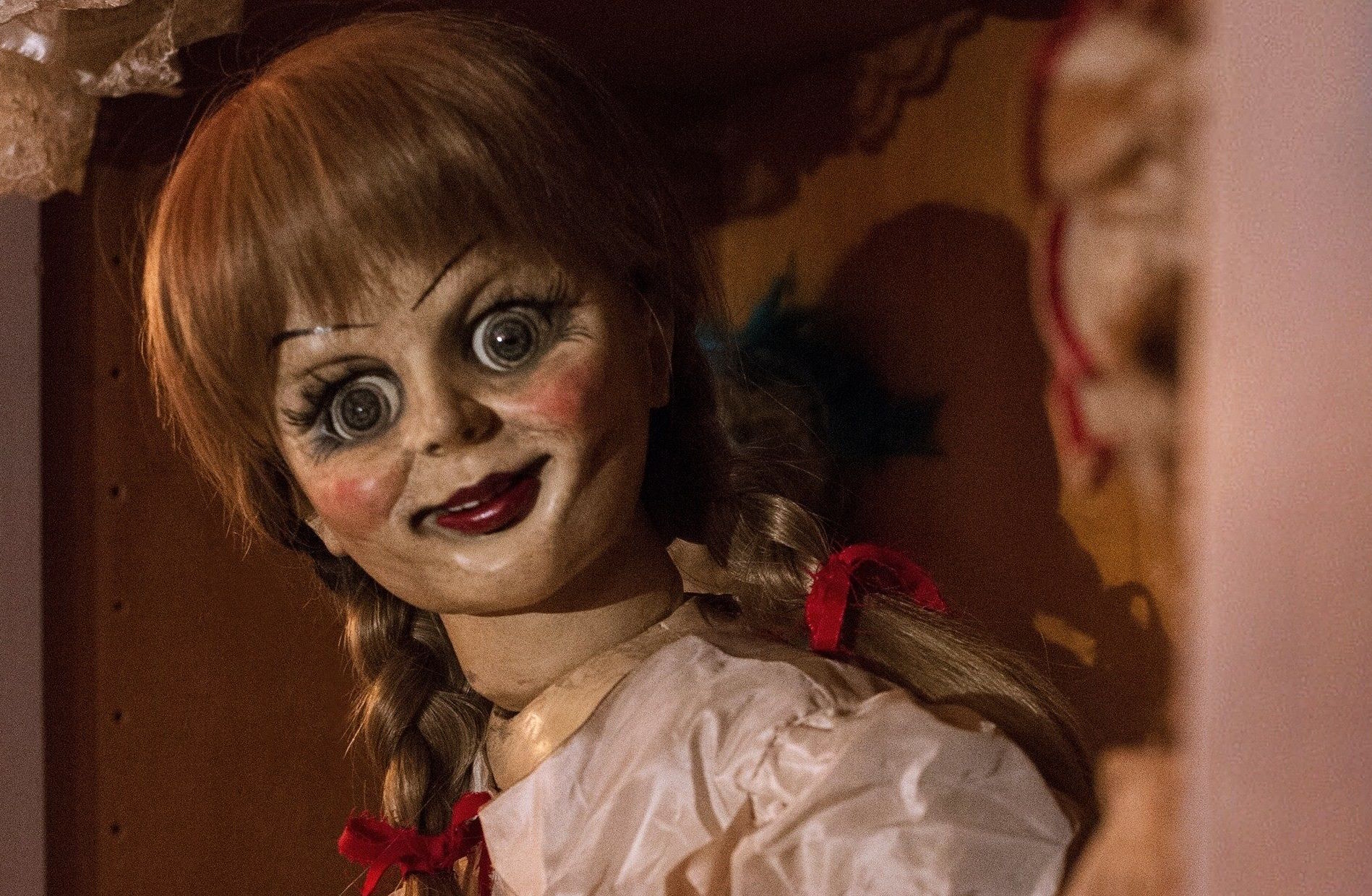 This damn toilet just won’t flush.  Too much shit clogging it up.  Let me be more specific – too many shitty movies from 2014 are clogging it up.  Yeah, it’s that time of the year when we look back and laugh at the horror movies that gave us unintentional stomach pains and regrets.  So let’s get on with my Top 5 Worst Movies Of 2014!   END_OF_DOCUMENT_TOKEN_TO_BE_REPLACED

I love finding useful things on Ebay.  And nothing to me nowadays is more useful than something to cover my eyes so I don’t have to watch Annabelle again.  And that Ebay item I’m speaking of just so happens to be connected to that shitty movie!  Behold…….the Annabelle sleeping mask! 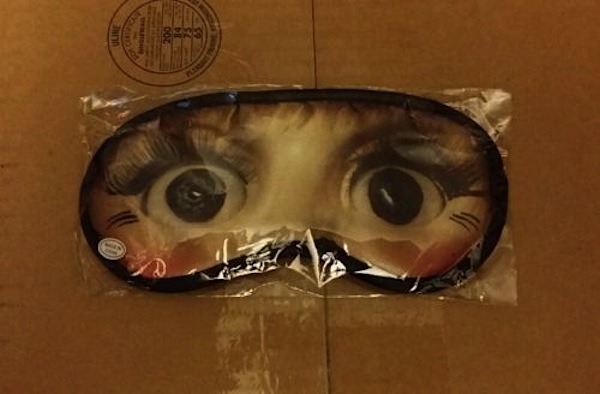 What a shocker.   It looks just as cheap and slapped together as the movie did. The good news is that if you are having trouble sleeping at night or just want to creep the fuck out of your significant other, it’s a nice little item.  The bad news is that you’d be buying something associated with Annabelle, and for that alone you may be going to hell.  Don’t let me scare you with that assumption though – feel free to head over to the Ebay listing HERE and snag it up for $29.99 or be brave and submit an offer for 25 cents.

Oh – sorry…..I fell asleep watching Annabelle and I think I just woke up.  Let me go watch it again and I’ll get back to you with the review.

Ok – done!  I know, I know….I’m about 2 weeks late with a review for this movie, but good things come to those who wait.  Unfortunately, no good things came to me from watching this piece of crap and I’ll share my thoughts on that now.    END_OF_DOCUMENT_TOKEN_TO_BE_REPLACED