Hey everybody!  Are you ready for another exorcism movie?  You are?!  Well lucky for you on March 1st, you’ll get another one!  Hooray!  Yes, the sequel to the 2010 guilty pleasure of mine, The Last Exorcism, will be arriving in theaters, but apparently void of everything that made the first one enjoyable. Seemingly gone is the first person/found footage feel which is a damn shame. And inserted instead is the standard look that every exorcism flick in the past 10 years has had.  Sigh.  Our possessed gal from the original, Nell (Ashley Bell), is back, but I’m not sure if that’s a good thing considering her apparent over-acting and bugged out eyes in the trailers and tv spots.  And speaking of the tv spots, The Last Exorcism Part II knows it’s going to suck. Want to know why? 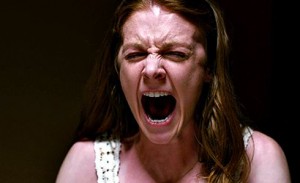 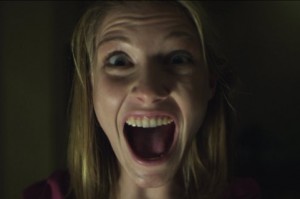 Sorry.  Couldn’t resist.  But anyway, I noticed in the newest tv spots for this movie that the voiceover doesn’t even say that the title is The Last Exorcism Part II.  It just says:  The Last Exorcism.  A fuck up or is there more at play here?  On screen, it does say the correct title, but it’s obvious to me that because the voiceover is only saying The Last Exorcism, it clearly wants to trick you into thinking that you’re going to see the ‘sure to be superior’ original movie!  Aha!  Case closed.  Unfortunately, I scoured Youtube for the tv spot I’ve been seeing, but to no avail.  I’d like to think that the powers that be know I’m on to something and have made a point to delete every shred of evidence until the movie comes out now!  So what’s the point here?  Not quite sure because my brain hurts.  But it seems the point is that you’re being duped into seeing a horrible exorcism movie thinking that you’re going to see a good one. Yeah, let’s go with that.  And oh yeah, f*ck this movie. 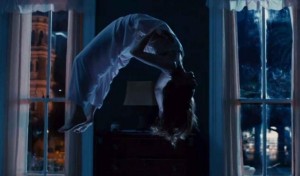 Hooray for sequels!  Slight sarcasm there, but here we go with the official trailer for The Last Exorcism Part 2.  I do always like when a horror sequel gets a “Part 2” in the title.  Makes me feel like I’m in the 80’s again.  Ahhh – the 80’s.  Remember when horror movies were good?  Ok – I’m getting off topic, so let’s get back on.

The Last Exorcism Part 2 picks up right where the original left off and we find Nell (Ashley Bell) dirty and scared after just giving birth to a demon baby during a satanic ritual in the woods.  Doctors examine her and find nothing wrong and move her into an all female halfway house.  It’s there that she seeks to rehabilitate herself and maybe even find love (awwwww).  But her past demons (pun intended) won’t allow that, and she must come face to face with them again whether she likes it or not.  Peep the trailer below:

Well, the first thing that stands out other than the fact that Nell looks all growns up now, even though it’s supposed to take place right after the first movie, is the abandonment of the hand held/documentary style look.  Definitely a more polished look this time around.  I actually really liked The Last Exorcism and had no problems with the ending like some people (it was prophesized in the drawing!) and I was fully on board for the sequel.  My anticipation lowered slightly though, because it really just looks like another carbon copy of the 20 possession/exorcism films we have coming out each year now.  I did dig some of the creepy imagery and the Jesus nursery rhyme for some added effect, so I’ll definitely reserve judgement until I see the finished product.  And that finished product comes out March 1st, so mark it down on your horror calendar! 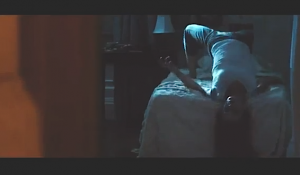 *ok, maybe it is time to try one of those Tempur-Pedic beds I keep hearing about*