Oooooooh…..I love promotional T-shirts from horror movies!  Especially ones that shouldn’t even really exist.  Like this one! 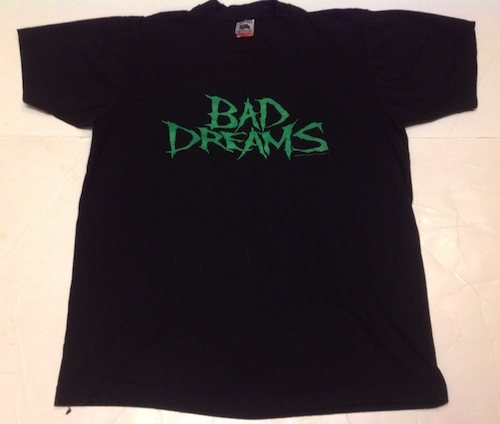 Damn right.  That’s a promotional T-shirt from the 1988 movie Bad Dreams.  Some would say it was a Nightmare On Elm Street knock-off, while others would say it’s an underrated 80’s gem.  And others might also say that actor Richard Lynch was one of the creepiest looking human beings ever put on this Earth.  Point is that you probably won’t ever see a Bad Dreams promotional T-shirt up for sale ever again.  So if you’re an 80’s horror enthusiast, or maybe someone who just likes collecting random shit – head on over to the eBay link HERE and grab this while you can.  It looks to be in good condition, which is always good for used piece of clothing.