Calm down, calm down.  And please put the pitchforks away.  It you read the title of the post and are already shouting obscenities at the computer screen, allow me to piss you off some more so you can shout more of them at me.  Now look, I love John Carpenter’s original Halloween.  It was groundbreaking, creepy, had a great soundtrack, and introduced us to one of the most iconic horror villains ever in Michael Myers.  I can go on and on about the level of awesomeness that is and was Halloween.  But…….I have to be honest.  If I’m sitting at home on Halloween night, and I’m thinking of which Halloween movie I want to pop into the ol’ Blu-ray player……..I’m gonna go with Halloween II. 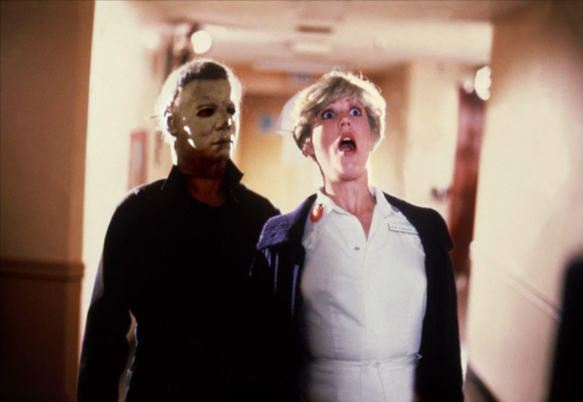 Perhaps it’s the fact that I can’t stop staring at Jamie Lee Curtis’ wig in the movie.  Or maybe it’s because I laugh every time drunk ass Ben Tramer gets hit by the ambulance. But there’s no denying that for me, Halloween II is much more entertaining than the first. It’s more of a straight up 80’s slasher movie, and I’m ok with that.  Michael Myers is way more brutal here as well – using scalpels, syringes, and hot tubs to dispose of his victims. Speaking of hot tubs…..oh my god, I just remembered why I love Halloween II so much! 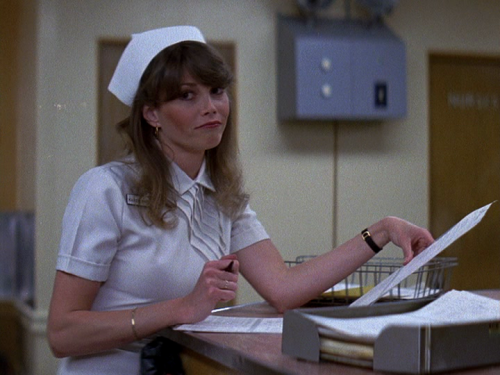 Well obviously I was alluding to the infamous hot tub scene where we get to see Pamela Susan Shoop’s near perfect breasts (ahhh screw it, they are perfect) – but I wanted to class up this post and show a pic of her looking innocent in her nurse’s outfit.  And speaking of nurse’s outfits, that is another thing that I love about Halloween II:  The hospital setting.  I don’t know why, but I find it creepy to have a maniac running (or walking briskly) around a conveniently desolate hospital.  If the hospital food doesn’t kill you, Michael Myers will.  Zing!  But anyway, thank you for letting me gush about my love for Halloween II.  Hopefully this year when you have your Halloween franchise marathon, you’ll appreciate this sequel even more and also appreciate Pamela Susan Shoop’s luscious hooters.  Shout out to Al Bundy.

Good news for all of you Michael Myers and Halloween fans who are also fans of the 1989 Wes Craven ‘so bad it’s good’ movie, Shocker!  It looks as though the upcoming reboot/redo, Halloween Returns, will indeed have Michael Myers on death row and being sent to the electric chair while two vengeful onlookers watch him about to die.  Horace Pinker, anyone? 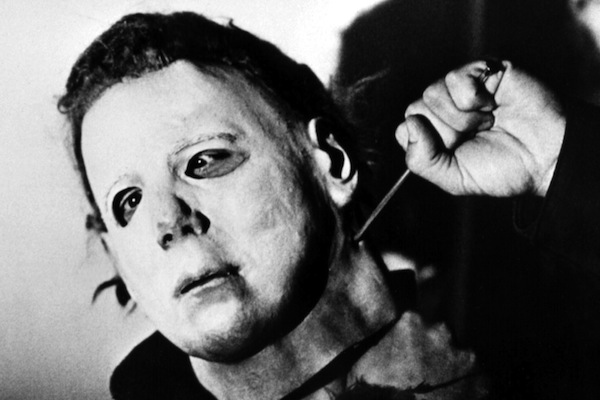 I have to say that even after the bad taste that was left in my mouth from Rob Zombie’s Halloween II (I actually didn’t mind the first one), I’m onboard with another Halloween reboot.  The good news is that as previously reported, it won’t be in 3D and looks to be a standalone entry as well.  Directed by Marcus Dunstan (The Collector, The Collection) and also written by him and Patrick Melton, this could surprisingly breathe new life into the franchise IF the following steps are properly taken:

–  Get a good mask.  At least the Rob Zombie films had that going for them.

–  Don’t overthink the plot.  We don’t need any satanic cults running around this time.  We get it….Michael Myers is evil.  It doesn’t need to be overstated.

–  Less is more.  Make it scary.  I’m all for bringing back the subtleness of Michael’s character (popping up in the background of shots, minimal but effect score, etc).

–  No Jamie Lee Curtis cameos, please.  I love the woman, but her time in the Halloween franchise died when she did in that awful Halloween: Resurrection crapfest.

– Speaking of that crapfest – no unnecessary rapper cameos.  My condolences to Busta Rhymes.