Looking for something to do in the Detroit, Michigan area the weekend before Valentine’s Day??  I’ve got you covered.  Actually……the guys from the hip hop duo Twiztid have you covered with their ASTRONOMICON 2 convention in Sterling Heights, Michigan on February 8th-10th! 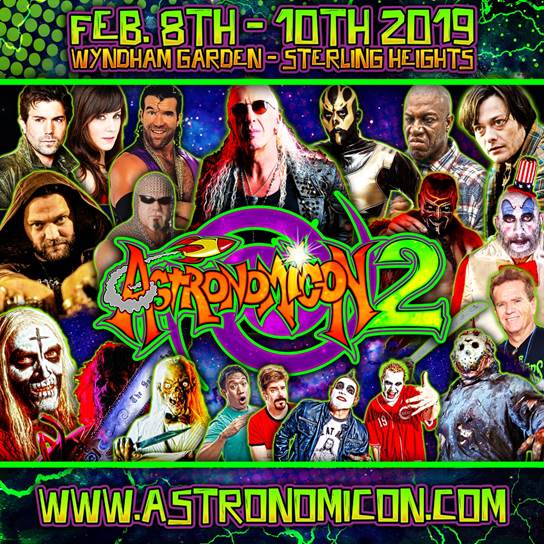 Wow.  I am definitely jealous that I will be stuck in California and not at the convention!  You see the promo pic there?  I’m sure you’ll spot a few of your favorite icons from movie and wrestling fame.  And you know what?  Some of them will be doing photo-ops in character!  That’s right – you can get a pic with Bill Moseley as Otis Driftwood, Sid Haig as Captain Spaulding, one of my favorite wrestlers of all time (because of the horror theme) The Boogeyman will hopefully be eating worms while taking pics…….and speaking of wrestlers, how about a photo-op with none other than glittery Goldust himself aka Dustin Rhodes!

Head on over HERE and check out more info on the other guests, panels, and contests for ASTRONOMICON 2.  Oh did I mention Linda Blair is going to be there?  Yeah.  Get your tickets now!

I love me a good convention.  More specifically, one that showcases the best from the horror AND wrestling worlds!  So, it’s no surprise that I’m a little bummed out I don’t live closer to Michigan because the Astronomicon Convention is happening in just a few weeks and here are some of the big names that will be attending:  Sid Haig (House Of 1000 Corpses), Bill Moseley (House Of 1000 Corpses), Kane Hodder (Friday The 13th Part VII), Kevin Nash (WCW), Booker T (WCW), and more!

What better way than to celebrate the weekend before Valentine’s Day, than with a romantic getaway to the Astronomicon Convention?  That’s right, the convention runs from February 9th-11th and the WWE’s very own Brother Love (Bruce Prichard) will be attendance to spread even more love!  Did I also mention that Sid Haig is supposed to actually be officiating a wedding that Saturday at the convention as Captain Spaulding? Want more info?  Go over to the main website HERE for the full lineup and for details about ticket purchases!

This version of Great Moments In Horror Hair History is for the ones who might not have the luscious locks that I usually talk about in these posts.  It’s for the ones who wake up everyday and look in the mirror and realize that Fabio’s flowing golden mane is not on their heads.  I am an equal opportunist though, and I wanted to highlight and give praise to someone in horror movie history that had the confidence to make a difference without the having the hair to go with it.  He did have a metal plate in his head though……. 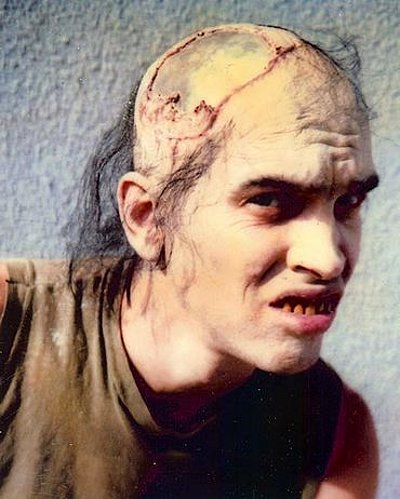 Chop Top!!!!  Even though the hair is minimal, there’s enough going on to make you take notice.  Maybe not for the right reasons, but you’re taking notice nonetheless.  The metal plate does reflect…..oops, I mean deflect you from focusing on his stringy follicles – but just imagine if Chop Top would have done a shampoo commercial back in the 80’s.  Oh sure – he may have called you a ‘dog dick’ in the process of lathering up his strands, but tell me that wouldn’t have been effective!  So needless to say after gazing up at that pic and taking everything into account, I hereby induct Chop Top into the class of Great Moments In Horror Hair History!  Now can we talk about those teeth? 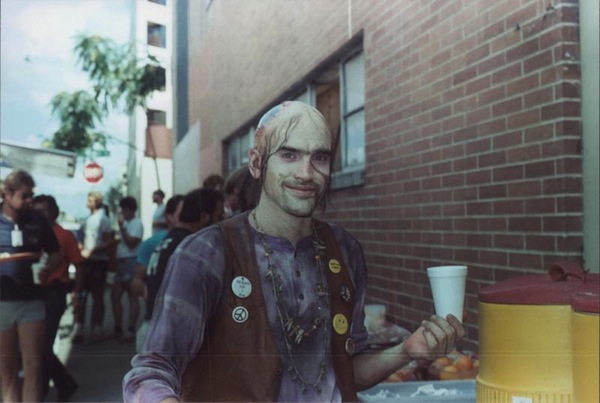 January 4th is almost upon us.  And I could really care less honestly.  That’s the day that the next chapter in the Leatherface saga begins and my anticipation couldn’t be any lower.  Perhaps it’s the fact that it’s in 3D that turns me off?  Or maybe because every trailer or clip I’ve seen reminds of something that should be going straight to DVD?  Texas Chainsaw 3D has gotten a “ringing” endorsement from original TCM director, Tobe Hooper, that has appeared on numerous ads and posters.  It seems awfully forced though, so I continue to sit here typing this post without the slightest bit of horror-filled giddiness, and I almost feel guilty for it.

Incredible is a strong word to use by the way Tobe.  Careful with that.  I suppose I should be a little gung-ho though that this new incarnation sports cameos from past TCM alums such as Gunnar Hansen, Marilyn Burns, and Bill Moseley….but for right now anyway, it’s just not enough.  God this is depressing.  But here’s the thing.  I like having lowered expectations when it comes to movies, and especially when it comes to horror movies.  So maybe this is a good thing?  Yeah, yeah – and maybe after I leave the theatre I’ll be literally shaking from the amazing movie experience I just had! (inspirational music inserted here) Yeah!  And then I’ll have faith in the TCM franchise again and happily bring on any and all upcoming sequels, prequels, or reboots! Yeah!!!  Ok – I’m feeling better about this!  More exclamation points!!!!!!!!! 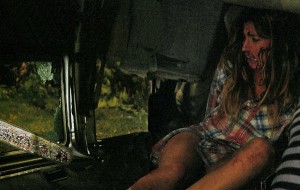 *you know what they say about guys with big chainsaws*

Oh who am I kidding, this shit’s gonna suck.

I will say that the original Texas Chainsaw Massacre still rattles the old nerves every time I watch it.  But some of the sequels, like Texas Chainsaw Massacre: The Next Generation, rattle the old funny bone and I can’t get enough of Matthew McConaughey’s bat shit, over the top performance.   END_OF_DOCUMENT_TOKEN_TO_BE_REPLACED