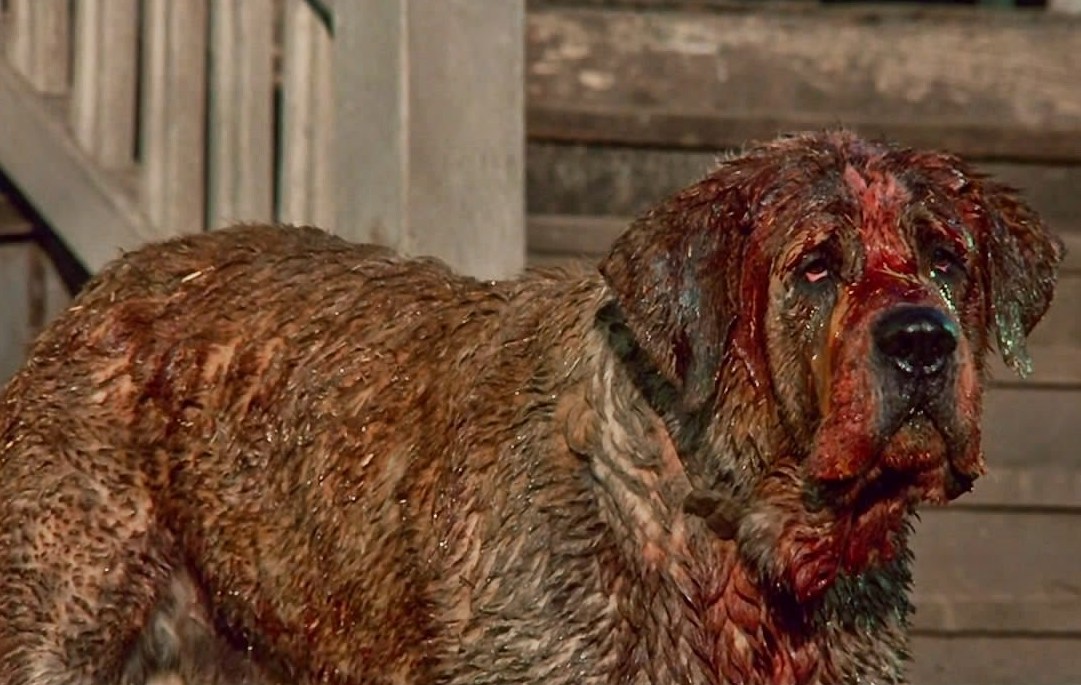 Control yourself, everybody.  There are enough blood-soaked luscious locks to go around.  Oh sure, Cujo could use a bath.  He is a bit smelly, especially with the overpowering iron-based blood dripping all over his hair.  But you can’t deny, he’s quite the specimen.  Don’t let a little foaming at the mouth stop us from inducting Cujo into the class of Great Moments In Horror Hair History!  Now someone get him a napkin, please. 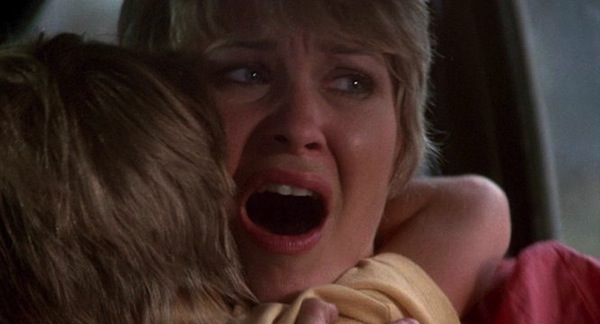