I have a slight obsession with monkeys.  Not an unhealthy perverse kind of obsession, but an obsession nonetheless.  Why do you think my favorite commercial from the Super Bowl was ‘Puppy Monkey Baby’?  Now as I sit here and think about the usage of monkeys in horror movies in various aspects, I am reminded of one monkey who never really got much shine (subtle pun there).  Am I talking about the Sumatran rat monkey from Dead Alive? Pffft.  I wish.  No – I’m talking about the great ‘Inga The Monkey’ from Dario Argento’s underrated Italian horror movie Creepers!

I know, it’s mostly know by the original title Phenomena, but in the United States I will always know it as Creepers.  This is honestly one of my top Dario Argento films and the ending is easily one of my favorites ever (not to mention the soundtrack kicks major ass). If you haven’t seen this movie, then obviously the clip below contains major spoilers – but if you have seen it then you know that ‘Inga The Monkey’ makes a triumphant appearance in the end with a shiny razor!

Amazing how cleanly that head came flying off, huh?  Gotta love Italian horror.  Side note that doesn’t have anything to do with this clip btw:  Dario Argento loves maggots.  Ok, now onto the monkey.  Not only do I love that the monkey ends up saving Jennifer Connelly, but I half was waiting for Inga to give a thumbs up or black power fist after defeating Frau Brückner with the hand razor.  Kudos to you Inga for your loyalty and for having the know-how to toss that weapon to the side like it’s hot.  Hopefully she got rid of the fingerprints. Now if you’ll excuse me, I have to go befriend a monkey so I can have protection in the future in case a bunch of street toughs corner me in an alley. 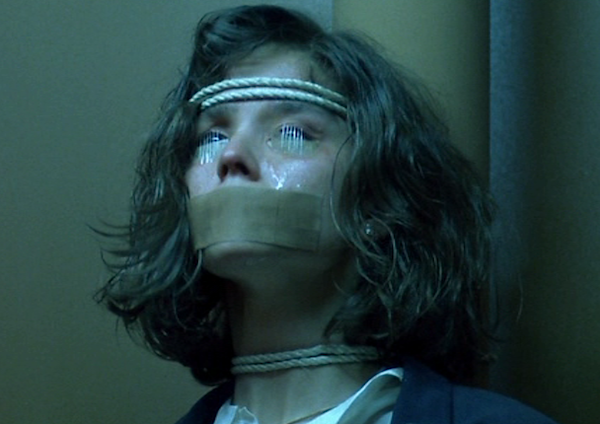 Lamberto Bava and Dario Argento’s 1985 Italian horror classic, Demons, is about to turn 30 years old!  And that makes me feel equally as old!  But enough about my age insecurities, let’s talk about the awesome releases that Rustblade.Com has coming to celebrate the birthday.  Over at their website, you can pre-order a few limited edition releases:

The vinyl and CD versions are also sold separately (and come with non-autographed posters), but the are limited to the number given above.

Being the horror vinyl collector that I am, I already snagged two copies and as of the writing of this post, there were only about 65 copies left out of the 666 total amount for the vinyl.  Head on over to Rustblade.Com and pick up yours today.  Be aware though that this is the Claudio Simonetti composed soundtrack and does not contain the heavy metal tracks (Billy Idol, Motley Crue, etc) from the movie that are available on the original soundtrack release. Still awesome though, so celebrate the Demons 30th Anniversary and break out your best Tony The Pimp impressions while you do! 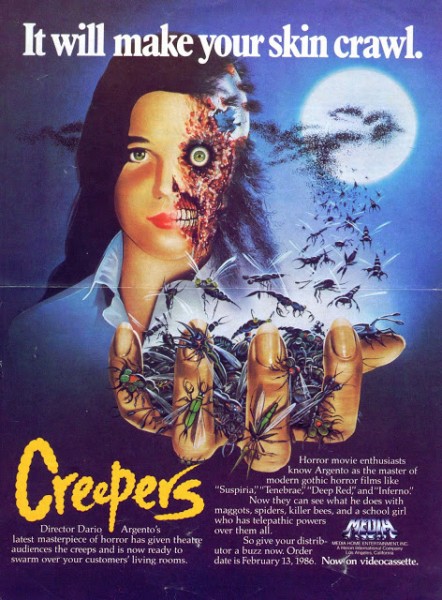 Who farted???  No one?  Ahhhh.  That smell then is the stench of bad horror movies from 2013.  And there were definitely some stinkers, but only a handful deserve mention in Dirty Horror’s Bottom 5 Horror Movies Of 2013.  Let’s get this shitfest started!   END_OF_DOCUMENT_TOKEN_TO_BE_REPLACED