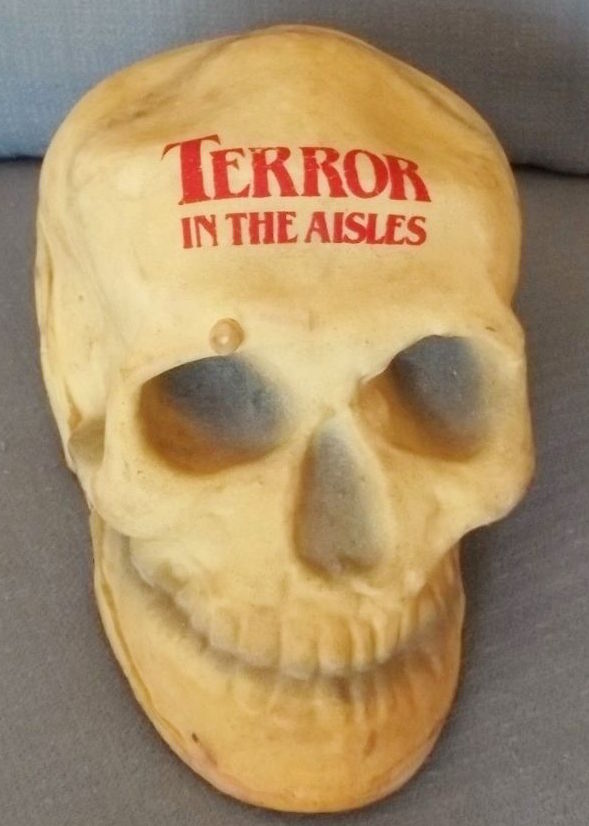 Shots!  Shots!  Shots!  Shots!  Fitting considering it’s Cinco de Mayo and I’m craving tequila.  But anyway, why take a shot out of a boring shot glass that you picked up on your road trip to Nebraska when you can put your lips onto this promotional shot glass from the remake/reboot of The Texas Chainsaw Massacre?!? 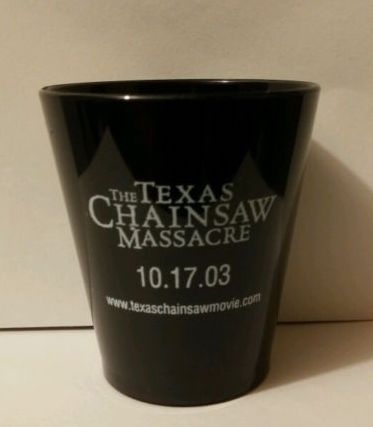 Unfortunately, they weren’t able to coordinate Jessica Biel’s wondrous white tank top into the design of the shot glass, but it’s a shot glass nonetheless.  Some good news is that the seller on eBay has about 10 of these and is accepting offers and is including ‘free shipping’ as well.  So, I’m guessing you could probably snag one for around $5 in total.  If you’re feeling like you need this in your life, then go to the listing HERE and do your business.  Or you can just go to Youtube and look up slow-mo shots of Jessica Biel running around in that white tank top.  Your choice. 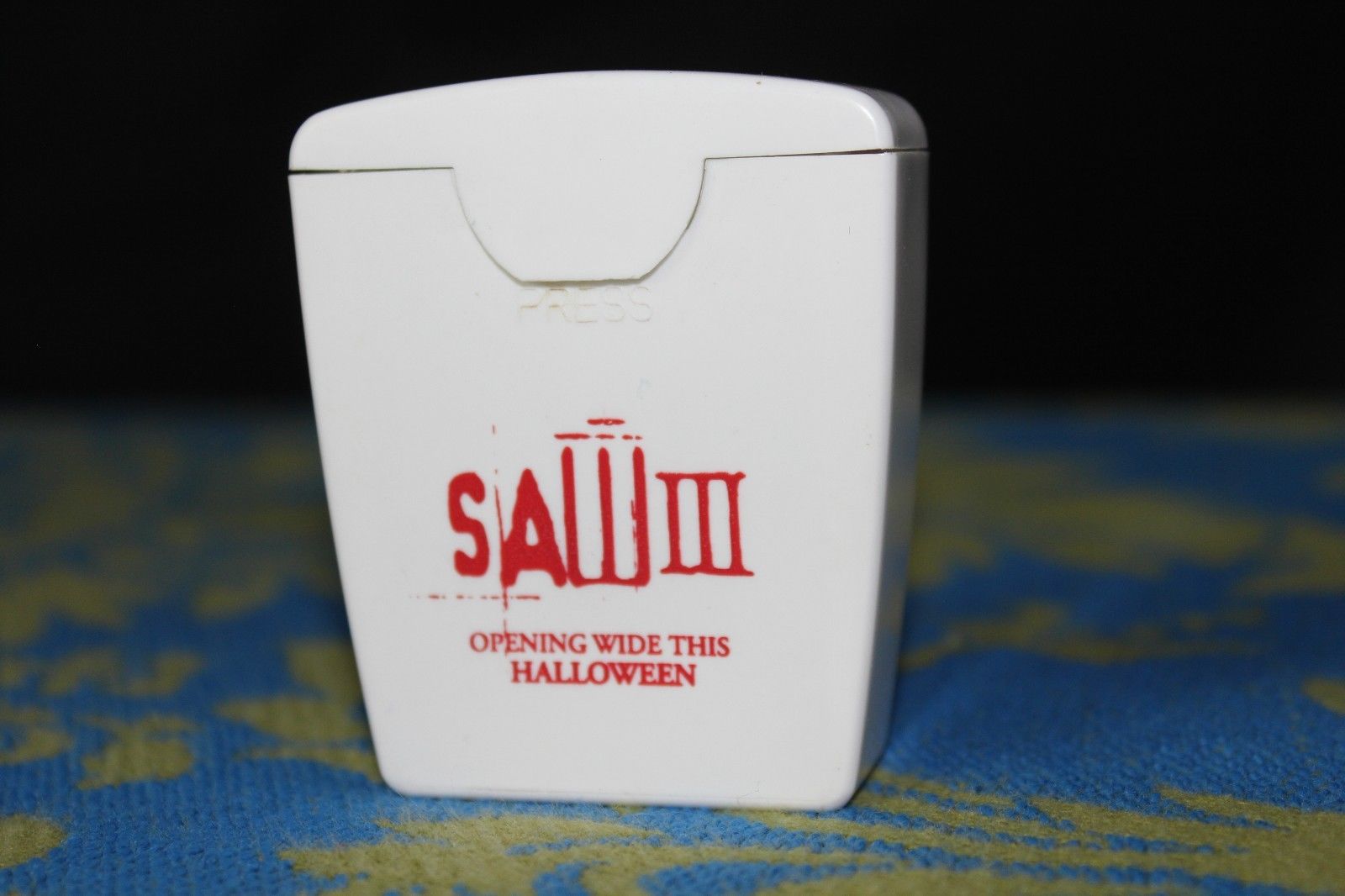 Ho-Ho-Ho!!  Santa isn’t done bringing you presents yet!  And man oh man, do I have good news for any of you little boys and girls out there that were asking for a promotional tool kit from the 2008 killer plant movie, The Ruins! 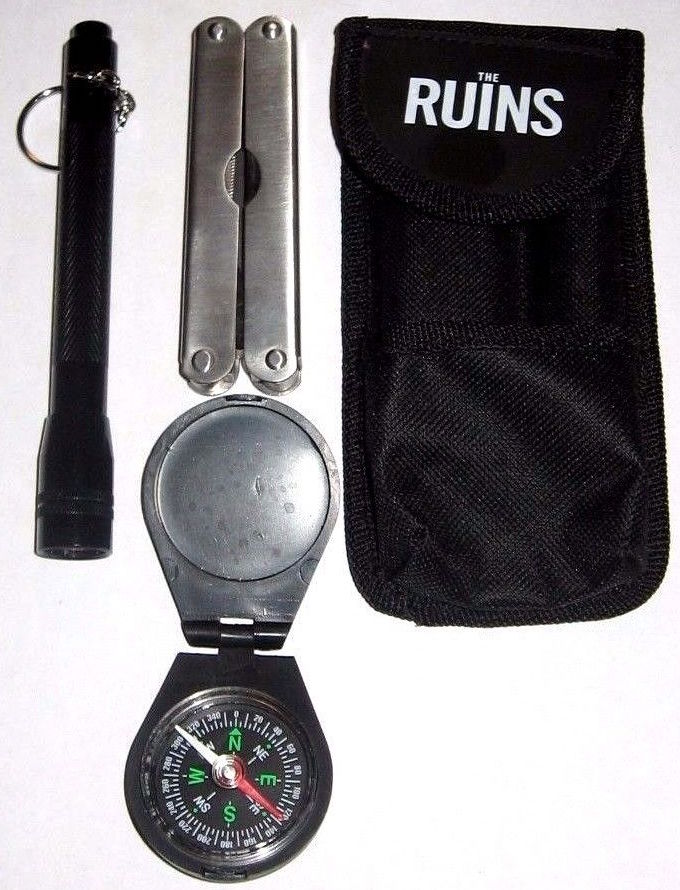 That’s right – everything you need to fend off those pesky plant vines that try to burrow into your body and under your skin and make you horribly disfigure yourself to try and get them out:  A compass!  A flashlight!  And something that kind of looks like a switchblade!  Truth be told, I kind of admire The Ruins and it’s one of the only horror movies that makes me “squirm”.  If you want to own this ultra-rare promotional tool kit from the movie, then head on over to the eBay listing HERE and either ‘Buy It Now’ or ‘Make An Offer’.  You’ll be glad you have this the next time a vine is rubbing up next to you trying to make a move.

As I’ve stated before, horror pins seem to be all of the rage nowadays and I myself have bought into the hype both figuratively and literally.  But what about the good old horror days, when buttons or pins were made to help promote a movie?  Case in point – the 1997 movie Wishmaster.  What would you do if you could own a promotional pin from that film?  Or wait – what if you could own TEN promotional pins?!?! 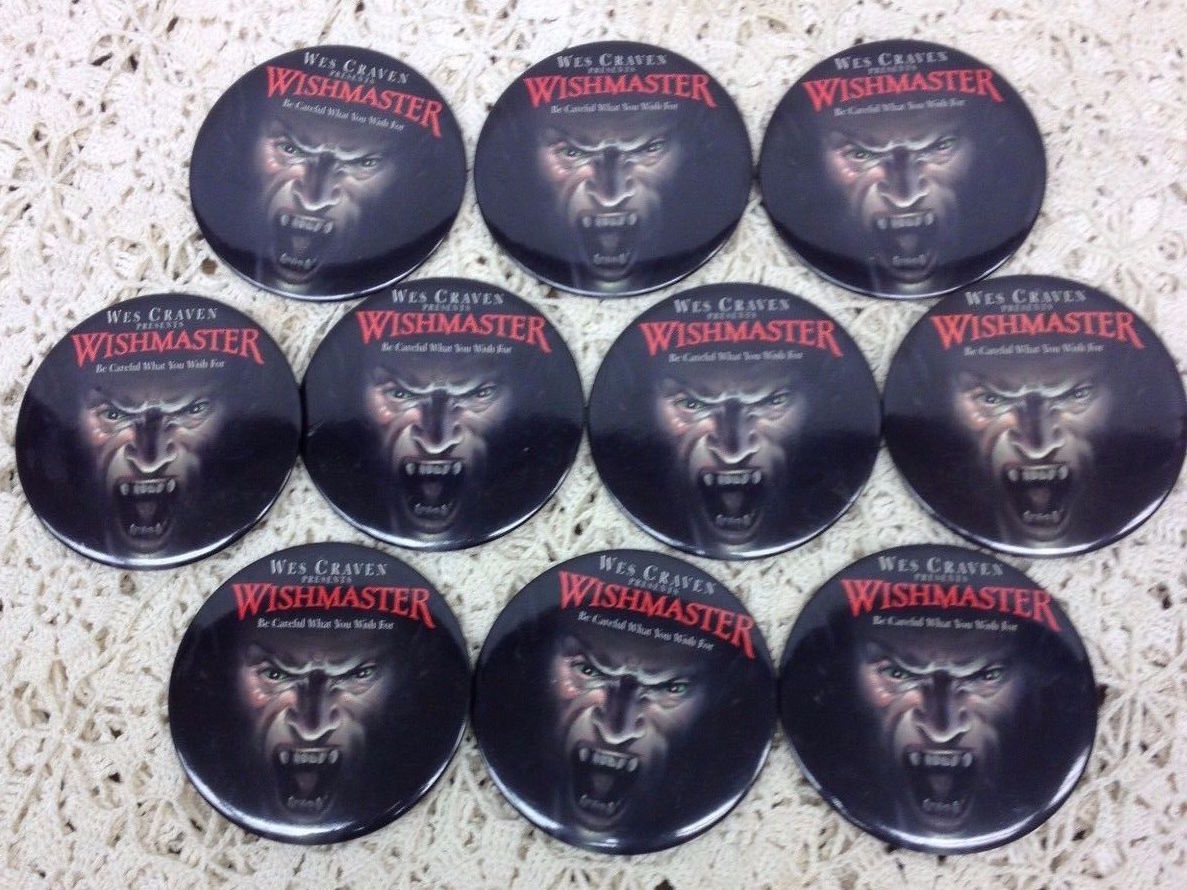 Yesssssssss.  Someone on eBay is selling 10 promotional pins from Wishmaster.  You’re gonna have to be a pretty hardcore Wishmaster fan to snag these up, but I’m sure there is someone out there who can’t get enough of Djinn!  Maybe you can buy them and try and use them as quarters too.  But anyway – if you want to be the proud owner of this lot of Wishmaster pins, then follow the link HERE and snatch them up for $10.  Sidenote: I’m not sure why the listing has the word ‘Vampire‘ in it.  Clearly this seller has never seen the movie.  For shame!  I wish for you to be banned from selling Wishmaster merchandise.

Having trouble sleeping at night?  Afraid of the dark?  Don’t worry, I’ve got you covered.  Luckily upon my weekly scouring through the pages of Ebay, I found something to help cure your night terrors and put a hole in your wallet at the same time! 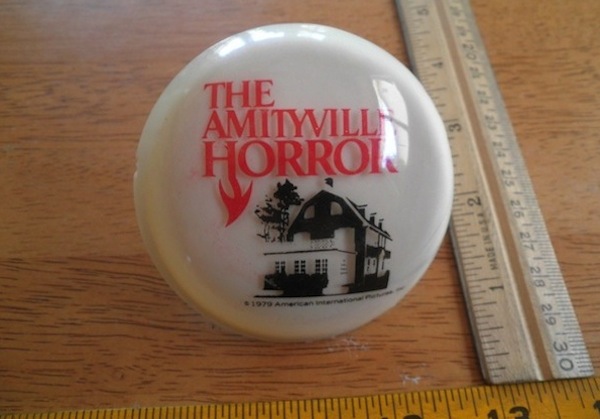 What you’re looking at up there is an actual promotional night light from the original 1979 haunted house flick, The Amityville Horror.  And what better way to give you a better night’s sleep than with a night light from a creepy-ass horror movie about demonic forces that can possess your body?  Now for the price shocker:  this little gem is up on Ebay for $95.  It better damn well come with a possession for that amount of dough.  Maybe you’re a die-hard Amityville Horror fan and can justify that price, or maybe you’re just an avid night light collector and desperately need this to be added to your collection. Whatever the case, if you feel like snatching it up – head on over to the Ebay listing HERE and get it!

I always get nervous when Halloween comes around, because I feel like I can never come up with a creative, original costume.  Good thing I won’t have that problem this year, because I think I’m going to go as Chocolate Chip Charlie from the 1985 B-movie horror classic, The Stuff! 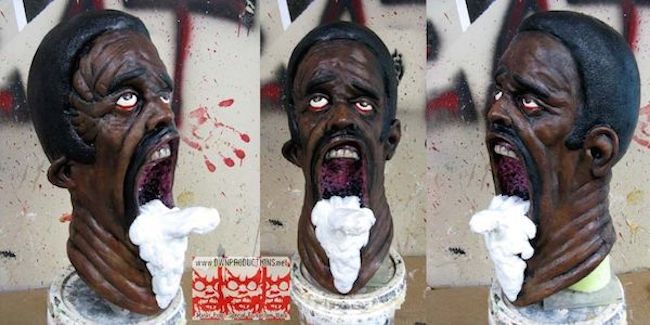 Quite possibly the most random Halloween mask I’ve ever seen, it’s a pretty good replication of what our chocolate chip guru (played masterfully by Garrett Morris) looked like when he revealed that he was indeed hooked on The Stuff.  Granted, most people won’t know who the hell you are if you wear it – but you’ll definitely get points for originality.  If you’re interested in this bad boy, head on over to Ebay HERE and snag one up for $110.  A bit pricey, but it’s hand made and painted, so think of it as supporting the arts.  And always remember:  Enough is never enough of The Stuff!  Isn’t that right, Chocolate Chip Charlie? 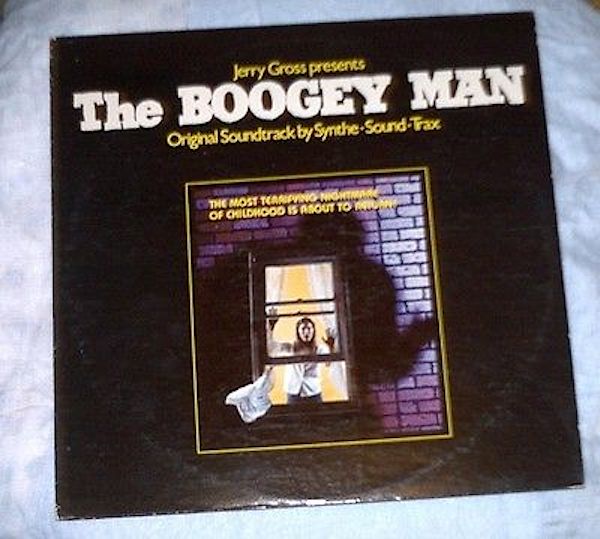