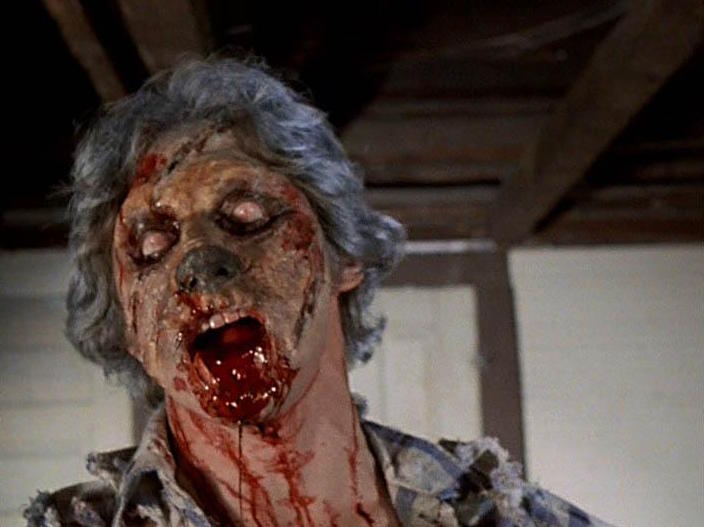 I think I will call horror movies ‘Ghoulies‘ from now on thanks to Gene Siskel.  I had never heard that term before, but I must start using it now.  But anyway, their review for The Evil Dead wasn’t a shock – but I was glad to see that they recognized the effects that were used at the time, even on the shoestring budget that Sam Raimi had.  Part of me kind of wishes that Siskel would have actually barfed while watching the movie though.  It would have been an accomplished mission from Sam and his crew.  Fun fact btw:  Roger Ebert actually gave Evil Dead II a glowing review when it came out in 1987.