How often do you hear news or see a headline that someone passes out in a movie theater because something onscreen was so intense….so horrifying….so disgusting that they just couldn’t stand it and had to drop to the floor or vomit.  I think the last time I can recall something like this happening was during a screening of the movie Bite.  And if you go back and read my review for Bite, then you’ll realize that the hype surrounding that was all a pile of bullshit.  But yes, hype is hype – and whether you want to believe the hype or not (Chuck D would advise you not to), it can be effective and help a movie strive.

The latest movie to jump onboard the ‘someone passed out in the theater’ train is Raw. It’s a delightful tale about a vegetarian who attends a veterinarian school and is forced into a hazing ritual which puts her onto the road of eating meat.  Let’s check out the Red Band trailer below and discuss:

I can tell you something before we go any further, and that’s that the French have a way of making some truly fucked up horror movies (Inside, High Tension, Martyrs).  So based off of that alone, I’m ready for Raw.  Add to that the fact that director Julia Ducournau seems to have skills behind the camera because the trailer if visually stunning.  Fucked up, but visually stunning.  And also probably one of the most effective trailers I’ve seen in a long time.  This is on the top of my list for 2017 and will be out in the US on March 10th.  I do have a feeling that Raw is going to be an acquired taste though.  That bad cannibal joke is free of charge. 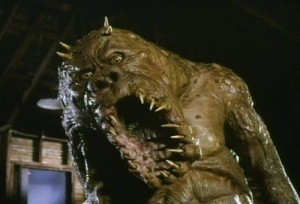 It’s no secret if you really know me or have been stalking me, that the 2007 French horror movie Inside will forever remain on my list of movies that I would recommend to anyone with a cinematic pulse.  The brutality, but equal beautifulness of it all will definitely be embedded in your head after one viewing (although you may not be able to watch it again after that).  So it came with much joy and happy dancing when I heard that the directors of Inside, Alexandre Bustillo and Julien Maury, were back behind the camera with their new movie Livid (or Livide in French).  It was pretty much a given that the imagery would be there, but would the story grab a hold of me like their previous effort?  Step inside and find out…..   END_OF_DOCUMENT_TOKEN_TO_BE_REPLACED 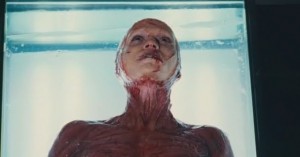