I need to take a shower.  No, I don’t really stink – but you know that feeling after you watch a movie that just kind of makes you feel ‘dirty’?  Welcome to the experience that is The Seasoning House.  A 2012 British film that is finally getting some shine in the US and deservedly so.  It’s brutal.  Let me rephrase that. It’s f*cking BRUTAL.  And just a hair shy of a masterpiece in my opinion as well.   END_OF_DOCUMENT_TOKEN_TO_BE_REPLACED

Want to hear three horror fans rip on a slasher film that some herald as being a disputable masterpiece?  Well here you go because we’re back at it again and welcome you to another podcast in The Dirty Room – our mad scientific creation between the Get Out The Room podcast and Dirty Horror.  Last week we dove into Re-Animator, and this week we dip our toe into the water that is the 1981 Tom Savini assisted, The Burning.  So click the link HERE and listen to us give our two cents about Cropsy and his melting face, Sally’s shower scene, the random big names in the movie, and whether or not this overhyped slasher needs a remake.  Serenity now! 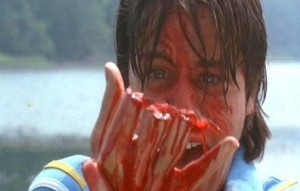 A while back, I stumbled and then appropriately tripped onto a new podcast called Get Out The Room and had to share it with you, because that’s my horror duty.  If I didn’t, then I wouldn’t be doing that duty now would I?  So here’s the deal:  every few weeks, these guys sit around and “chop it up” about everything horror.  They hit on the current movies out there, old favorites they love or hate, current horror inspired TV shows, and more!  And the thing that makes it stand out is that they know their shit and I respect people in the horror community that know their shit.  They crack jokes too, which doesn’t hurt. 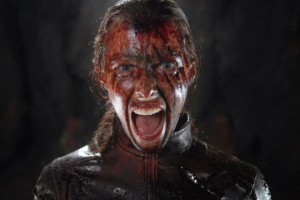 Spoiler Alert:  Yours truly will be joining the crew in October to share my horror insight and unnecessary sarcasm.  Now where can you listen to the Get Out The Room podcast? Well I’m glad you asked, because you can go HERE for all current and past episodes and hit them up on I-Tunes HERE as well!