What the hell is up with that voiceover guy?  Is this a horror movie or a wacky 80’s teen sex romp?  Nevertheless, that theme music is the shit – and bad voiceover guy aside, Slaughter High is a pretty underrated 80’s slasher movie in my opinion.

It has the classic ‘kid gets bullied and comes back to kill all of his tormentors‘ storyline, some great death scenes (gut-buster anyone?), and a villain that actually could have spawned some sequels had the actor who portrayed him not passed away after the film was shot.  Well that was a downer.  Ummmmm……how about that theme music?!?!?  The lesson in all of this (other than a voiceover guy can use too many bad puns), is to remember Slaughter High when you think of another April Fool’s Day themed movie to watch on April 1st.  Did I mention that theme music btw? 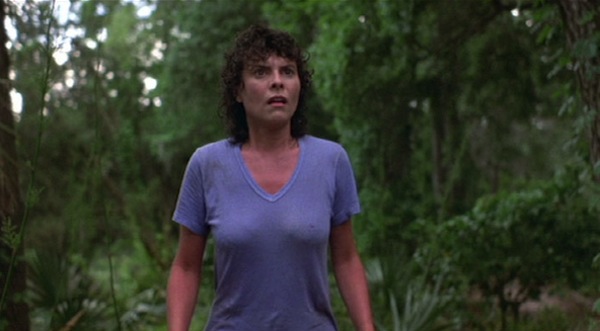 It’s Jason’s birthday everybody!  So let’s all bust a funky move to the theme song from Friday The 13th Part III and celebrate, shall we?  3D glasses not required.