Thank god for Rotten Tomatoes.  If you’re not familiar with that website, then you must think that I have strange addiction to smelly, disintegrating vegetables.  Oops, I’m sorry.  I mean fruit.  Or vegetable.  The debate will rage on.  Anyway, thanks to RottenTomatoes.Com for tipping me off to a little British horror flick called, In Fear. 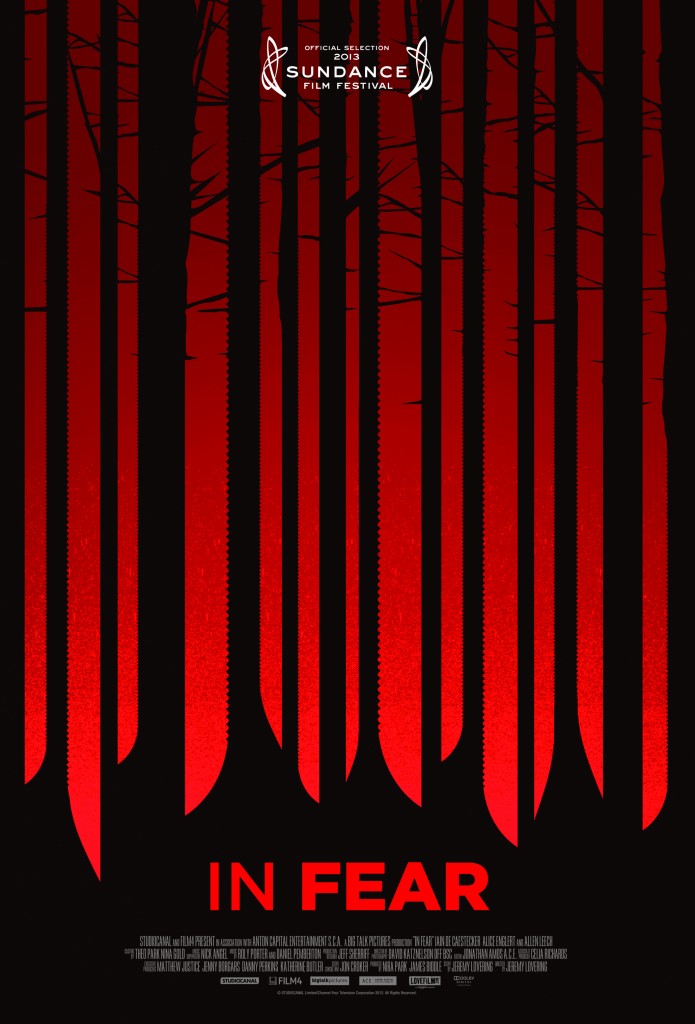 Making festival rounds in 2013, In Fear is at an impressive 100% on Rotten Tomatoes and seems to be a home invasion type movie, substituting a car for the home.  Naturally, I love the poster because it stands out and who wouldn’t love a 100% positive review rating……but what really sold me was the trailer.  So before you leave this post, do yourself a favor and click below and hopefully you’ll be anticipating this one as much as me.  In Fear is scheduled to hit limited theaters (and most likely VOD) on March 7th.

For over two years now, I’ve been hearing about this “fresh” and “inventive” horror movie called You’re Next.  In my eyes, it sort of fell into the category that Cabin In The Woods and Trick ‘r Treat occupied, as it was another horror movie that was getting rave reviews from various festivals but just couldn’t seem to get a big enough push to get on the big screen.  Then it finally happened.  The animal masks starting appearing.  The hype train started rolling down the tracks.  And before you knew it, ads and posters and a marketing machine for Adam Wingard’s You’re Next were everywhere.  The hype was real, but would the movie accept the daunting task of living up to it?   END_OF_DOCUMENT_TOKEN_TO_BE_REPLACED 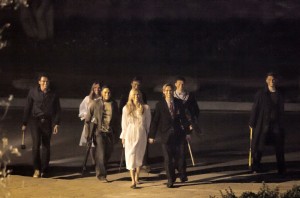