We need more horror movies based around a diner where two brothers murder people to appease their dead serial killer uncle, attempting to resurrect a goddess named Sheetar. What?  There’s no market for that anymore?  Pfffft.  But anyway, who remembers Blood Diner????  That wacky horror/comedy directed by Jackie Kong that developed a strong cult following since it’s 30-some year old release in 1987.  Yes, the movie is tremendous trash – but I want to talk about the original poster, which I remember used to hang in my local Mom & Pop video store. 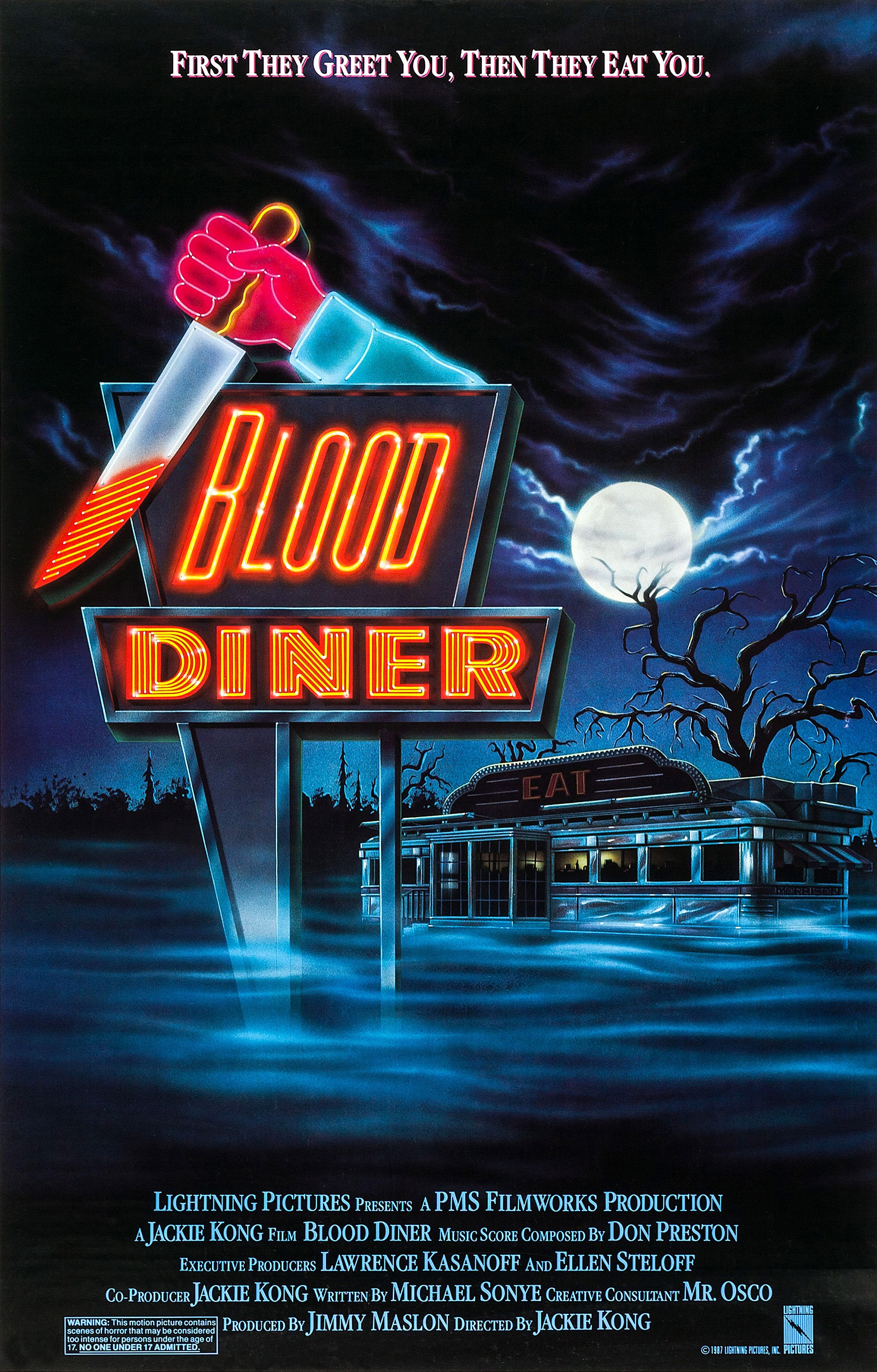 God I love that poster!  Oh, and that tagline “First They Greet You, Then They Eat You.” is perfection.  I know I’m beating a dead horse here, but there really wasn’t a better time for horror than in the 80’s.  The posters alone were on another level, and this Blood Diner one is no exception.  During that time, even if the movie ended up being crap – a good poster would lure you in and make you grab it off the shelf to take home and pop into your dusty-ass VHS player.  But enough of my blabbering about the days of old…….go watch Blood Diner if you haven’t already!  If you don’t, Sheetar will be paying you a visit.