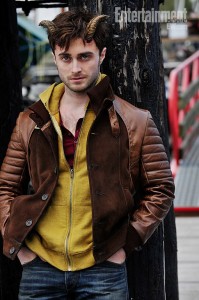 Now, I’m a bit judgmental of this project because I read the book and loved it. It had been announced while I was reading it that Shia would be playing our horned hero, so I already had a mental picture of how it would translate onto film.  But with Radcliffe taking over, I might have to go back and re-read it to get my mind right and see if Harry Potter can pull it off.   END_OF_DOCUMENT_TOKEN_TO_BE_REPLACED