I don’t know about you, but I’m ready for dance-off!  A bit random, yes – but a good dance-off can really make or break the week.  Our first competitors are Jerry Dandrige and Amy Peterson from the 1985 movie Fright Night.  Jerry is sporting a rather large neck-hole sweater to bust his moves in and the duo will be dancing to the Evelyn ‘Champagne’ King song “Give It Up“.  Let’s see what they’ve got!

Oooooh.  Steamy!  You could really feel the chemistry between the two of them.  That is until Charley Brewster showed up and started cockblocking and ruined the mood.  Speaking of Charley, he’s up next in the Dirty Horror Dance- Off with his partner Regine Dandrige (ooooh sibling rivalry going on!) from the 1988 sequel Fright Night Part 2.  I’m not sure that they’ll be able to top the sensuality and poise of our first couple, but let’s see what they can do to the tune of “Come To Me” by Deborah Holland.

Wow – talk about upping the ante!  Charley’s hands were all over Regine.  The black onlooking vampire with the impressive 80’s hair clearly approved.  Nice appearance by the rosary too.  I didn’t know that props were allowed, but we’ll let it slide here.  Hmmmmm……this is going to be tough.  On one hand, Jerry and Amy brought the heat fast and hard and Jerry’s sweater gets points regardless of this outcome.  On the other hand, Charley & Regine took it to another level, included some appropriate props, and Regine even went full vampire to try and secure the win.  So after tallying up the votes, the winner of the very first Dirty Horror Dance-Off is…………………… 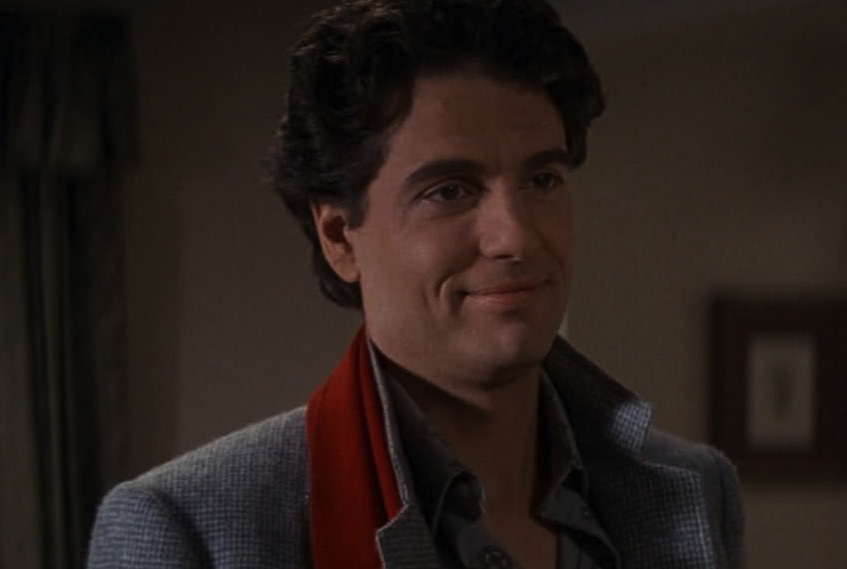