I’ve been in a bit of a Saw mood lately.  And that mood was enhanced yesterday at the Days Of The Dead horror convention in Los Angeles when Jigsaw actor Tobin Bell confirmed that we should not make any plans for Halloween in 2017.  Obviously insinuating another Saw movie is coming, with rumors already starting a few months ago.

So on this week’s Sunday Bloody Sunday I’m going back to 2006 with Saw III, which had one of my all-time favorite traps.  I’m talking about ‘The Rack’, a contraption that holds a father’s murdered son’s killer in it.  Jeff lost his son to a drunk driver named Timothy, and he is about to pay unless Jeff decides to spare his life.  What unfolds makes me squirm every time I watch as Timothy’s limbs start to literally twist around as Jeff frantically tries to decide if he should save him.  The clip cuts off before the unfortunate end of Timothy though – let’s just say his head is the last body part to turn from Jigsaw’s contraption and he doesn’t survive.  Oops – spoiler alert.

Have you ever thought what would happen if you and five of your co-workers were strapped to a rusty revolving carousel while your boss had to make a decision to save two of you and blast the other four with a shotgun to your chest?  You haven’t?  You should, because it’s happening everyday (not really) and it happened in 2009’s Saw VI.  And that very scene is up to bat on this week’s Sunday Bloody Sunday.

Saw VI is actually a Saw sequel that I can get down with.  I dug the story here for the most part, which takes aim at health insurance:  something that a lot of us have strong opinions on nowadays.  Which makes the plot of Saw VI and most notably, the carousel scene, all the more intense as a health insurance executive has six of his employees beg for their lives as they throw each other under a lot of busses in the process.  Our fearless executive can save two.  And four have to go.  Watch below to see what happens, and maybe this will wet your appetite for the new Saw sequel that will most likely be coming next year: 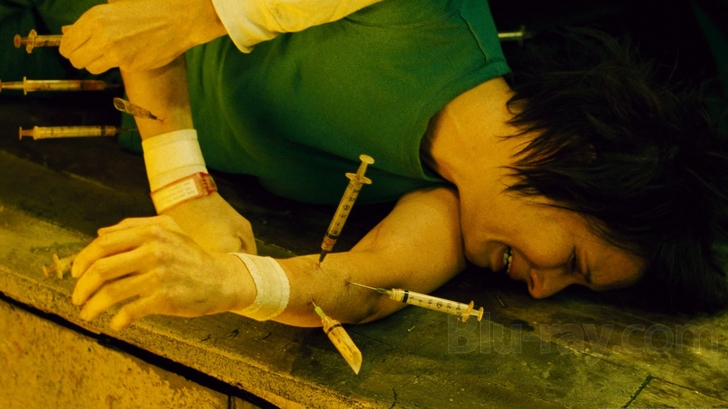