Ok V/H/S horror franchise…..you sunk your hooks into me and now we’re attached for good.  And I kind of like it.  2012 introduced us to the first V/H/S movie with mixed results, but overall I was fairly pleased with the final product. Then in 2013, the necessary sequel V/H/S/2 gave us more of the same, with the gigantic highlight being ‘Safe Haven‘ from Gareth Evans.  So this year, of course we have to get another dose of the found-footage goodness and this time it’s apparently going viral.  I’m just guessing because the next installment is called V/H/S 3: Viral.  And here’s the new teaser trailer!

So after watching all of those quick jump cuts edited together, there appears to be a story involving magicians and that really intrigues me.  Overall, the trailer definitely impressed me and stylistically it looks like this could be the strongest entry into the franchise to date.  Having said that, I’m not too familiar with the directors involved this time around (Marcel Sarmiento, Gregg Bishop, Justin Benson, Todd Lincoln, Nacho Vigalondo), but that actually might turn out to be a plus. Always good to get some fresh blood in the mix, so stay tuned and we’ll see together how it all plays out.  No release date as of yet, but expect V/H/S 3: Viral to hit in 2014 for sure. 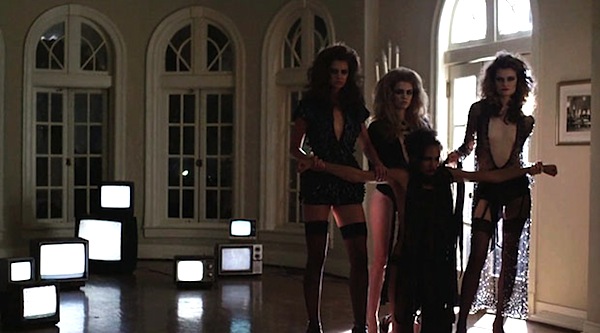