Going back home to Indiana for the holidays brings me much joy because I get to go to White Castle.  And I also get to see my family, but I more look forward to going to White Castle.  Only one thing could upstage tasty burgers and a bag of french fries though – and that one thing is a mysterious house of demons located in a lovely subdivision in Gary, Indiana.

A quick backstory for those who are unfamiliar with this house:  Latoya Ammons and her three children claimed everything from unexplained levitations to demonic possessions while living at 3860 Carolina Street in 2011.  Even a priest swears to have witnessed some of these freaky supernatural acts.  So it has to be true if a man of the cloth is vouching for it, right?  That’s why I had to witness this ‘demon house’ for myself while I was in Indiana and before I did, I told my loved ones to keep my legacy alive should something happen to me.

So off I went to the mean streets of Gary, Indiana with my two chicken-shit nephews as my backup.  As I crept up Carolina street, my nerves were a wreck as I could feel evil approaching.  And then I came face to face with the ‘demon house’ and was completely frozen with fear: 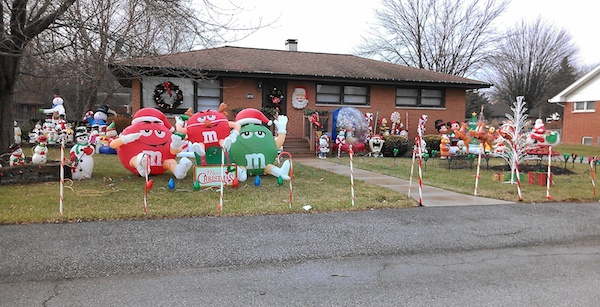 Terrifying!  And also delicious because I have a hankering for some M&Ms now.  Ok, ok – that’s not the ‘demon house’, but it is in the vicinity of it.  Now here is the actual ‘demon house’ in all of it’s spooky glory: 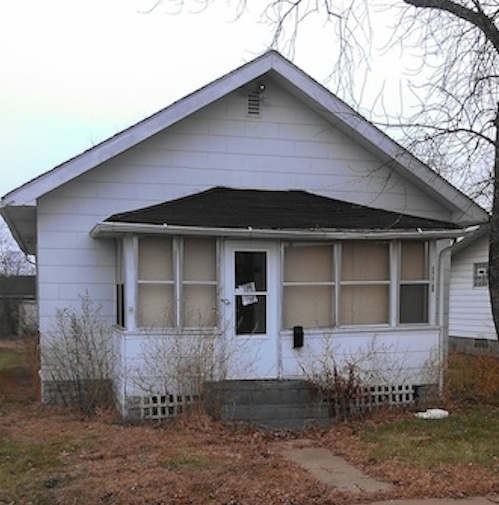 The good news:  I made it out alive.  The bad news:  I’m vomiting up pea soup uncontrollably now.  No doubt, it’s a creepy house from the outside.  Not quite as creepy though as the house next to it with the 100-year-old candy canes hanging on fish wire in the window.  Sadly, I didn’t get a pic of that,  but you can use your imagination.  One intriguing development from the past few months on the ‘demon house’ though is that it is being made into a major motion picture.  Everyone involved in the actual events has sold their story and director Lee Daniels (The Butler) will be going behind the camera.

Now do I believe in all of the actual accounts that were said to have happened in the ‘demon house’?  No.  No I do not.  Maybe just the skeptic in me and I honestly do believe in some supernatural entities, but after reading about this story, I did not really come away convinced.  But I am glad that I was able to visit the house, even though I do regret not taking a picture in front of it.   You know what’s good for regrets though?  White Castle.