Back in the golden age of MTV (when they actually played music videos), one of the most highly watched videos was for ‘Land Of Confusion‘ by Genesis in 1986.  Comprised of puppets from the UK show Spitting Image, it was a marvelous social commentary on the 80’s, centering around then President Ronald Reagan.  Oh yeah – and it completely scared the shit out of me.

To this day, I can’t watch that video without feeling uneasy – and it’s not just because of the uncomfortableness of the giant ape in bed in-between Ronald and Nancy.  Yes, that’s disturbing – as is the random guy eating his own tongue between a hot dog bun, with ketchup and mustard applied of course. Puppets in general creep me out, and this video had creepy puppet overload going on.  I could never look at Phil Collins in the same way after first watching this, not that I really had a fascination with looking at him before this.  Nice touch with the severed puppet heads at the beginning of the video by the way. So kudos to you, ‘Land Of Confusion‘ video…..you were the first (and only) creepy puppet music video to ever give me the creeps. 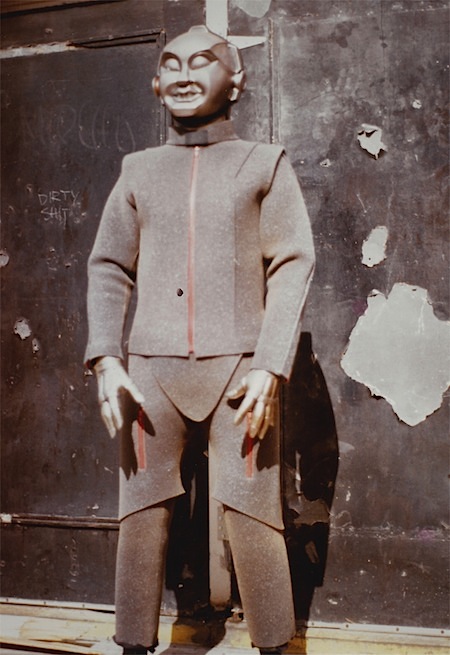