Easily one of my favorite and most influential horror movies of all time is George Romero’s 1968 undisputed zombie classic, Night Of The Living Dead.  And one of the reasons why I love it so much is because of the character of Ben, played by the late Duane Jones.  He doesn’t take any shit.  He punches Mr. Cooper.  He slaps the shit out of Barbara.  And he can board up a house like nobody’s business.

Now, I love collecting horror figures.  So imagine my excitement when I read that there was not one, but two figures built around one of my favorite horror characters of all time!  Before I unveil what the figures look like, here’s a refresher pic of Ben from the original Night Of The Living Dead: 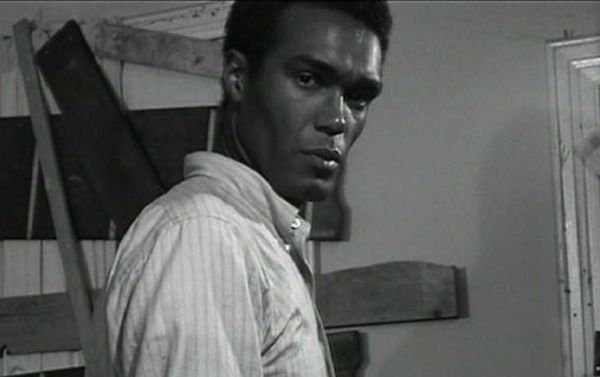 Alright.  Now that you have that image fresh in your mind, let’s take a look at our first figure based around the character of Ben from Night Of The Living Dead: 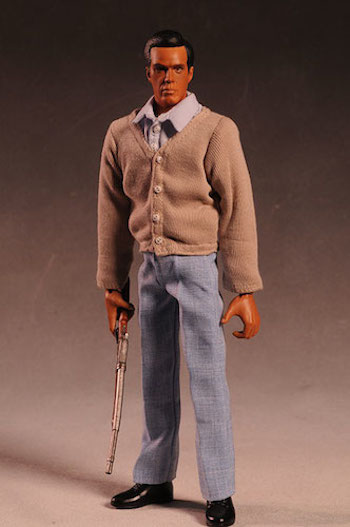 Funny….I didn’t know they had tanning beds back in the 60’s.  So, I guess I should be happy that they attempted to make this figure, but it probably would have been better if the figure was actually black.  Not to shock anybody or bring race into this, but Ben was black in the movie.  And this figure to me looks more like George Hamilton.  I’ve seen some great, accurate horror figures made over the years and unfortunately, this isn’t one of them.  But good news!  Because there’s one more from a different company that we can take a look at and see if they got it right:

Slight improvement!  At least the skin tone is on the right track.  Not sure what’s going on with that collar though because it’s kind of out of control.  This version is based off of the old school Mego Corporation figures, which I can appreciate.  But it’s still lacking that the detail and ‘wow factor’ that other horror figures have given us.  So unfortunately, it’s back to the drawing board for the Ben figure from Night Of The Living Dead.  I have faith though.  And I guess these two previously released attempts are good news for fans of George Hamilton and crazy out of control shirt collars.