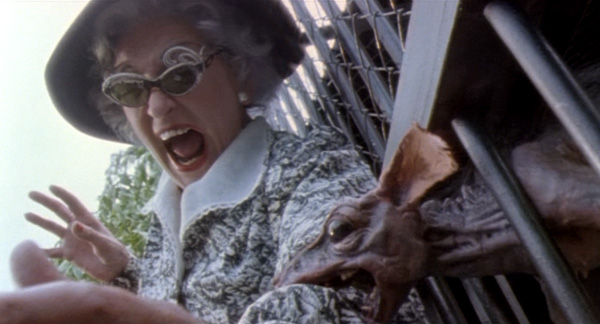 What better way to honor the Lord’s Day than with a clip of a priest in a purple robe kicking some zombie ass and tearing limbs off like they’re Twizzlers?  If you don’t know what I’m talking about, then you haven’t seen Peter Jackson’s Dead Alive.  And if you haven’t seen Peter Jackson’s Dead Alive, then shame on you!  I’ll let it slide though, because it is the Lord’s Day after all.

On this week’s Sunday Bloody Sunday, it is indeed ass-kicking priest time as we prepare ourselves to watch Father Jon McGruder take on some greaser undead thugs.  And man does he take care of some business, that is until his high-flying abilities end up being his downfall thanks to a cemetery statue.  Father McGruder gets a definite ‘A’ for effort though, and in the end that’s all that really matters.  Amen!