Who doesn’t love a good possession movie?  Oh sure – The Exorcist will probably forever remain at the top of the list of the genre (and with good reason), but lest we not forget about a little movie appropriately called Possession that came out in 1981. Directed and co-written by Andrzej Żuławski, this hidden gem boasts one of the most intense acting scenes that you may have never seen.  Now watch below as Isabelle Adjani really goes for the gusto and smashes some eggs in the process:

RIP to those eggs.  And RIP to anyone else who attempted to top this performance afterwards!  Good Lord.  How the fuck did Isabelle Adjani not get an Oscar nod for this? She did take home an award from the Cannes Film Festival that year, so all was not lost. Aside from her thrashing, mashing, and screaming – the camerawork is top notch, as is the choice to not use any music during the scene.  I guess I should have cautioned you that the end gets a bit messy and you might not want to eat afterwards.  But anyway, kudos to you Isabelle Adjani and kudos to your thrashing that should have sparked a new dance craze. 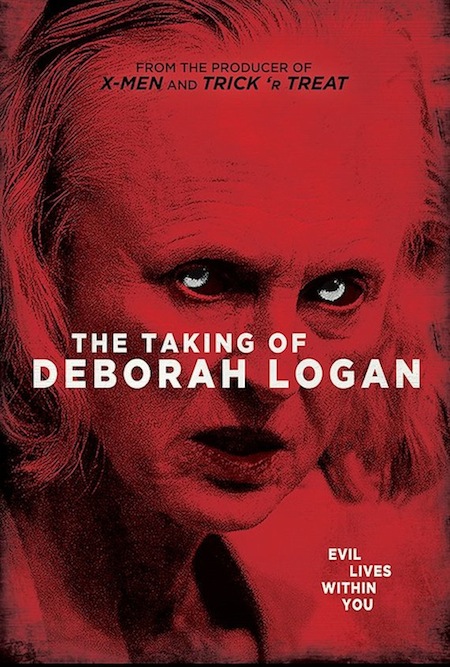 La La La La La La La (puts fingers in ears and yells that really loud).  But now why am I being so juvenile and refusing to hear something?  Oh – that’s because yet another ‘evil possession’ movie is set to be unleashed upon the horror masses and I honestly don’t want to hear about it.  But wait….what’s this?  The trailer actually looks good?  And it’s written and directed by Frank Khalfoun?  Ok ok……I’m listening.

One of the godfather’s of all possession movies is 1979’s The Amityville Horror, and it’s spawned more than enough sequels, prequels and documentaries over the years (my personal favorite being Amityville II: The Possession).  And now we have another to throw into that mix called Amityville: The Awakening.

As mentioned previously, it’s written and directed by Frank Khalfoun (Maniac) and stars Jennifer Jason Leigh, Bella Thorne, Mckenna Grace, and Cameron Monaghan.  Focusing on the story of a mother and her three children who move into the infamous Amityville house…..wait a minute — why in the hell are they moving into that house?  I’m sure they got it for cheap since murders occurred there and supernatural entities call it home, but is saving a little cash worth all of the demonic fuss?  To make matters worse, the son is in a coma and weird shit starts happening.  Don’t believe me?  Check out the somewhat impressive trailer and get ready for Amityville: The Awakening on January 2, 2015.