Ok – get your rocks and tomatoes ready for throwing, because I’m here to say that I really liked Ridley Scott’s loose Alien prequel Prometheus!  (ducks and runs for cover)

Visually, I think it’s amazing (and am actually going to give it a whirl in 3D on my TV this week) and I actually thought the ending was more satisfactory than most did.  Which is why I didn’t have any issues with the announcement that Scott would be doing a new movie in the franchise that continue after Prometheus ended.  And thy movie is called……ALIEN: Covenant!  Oh – and here’s the trailer that dropped about a month ago.

Now, I love how the trailer opens and how we get a bit of a glimpse at a ‘back burster’ instead of the usual ‘chest burster’.  From there, it looks like visually that it picks up right where Prometheus left off – with Michael Fassbender portraying a different android this time around.  I’m cool with that.  And then….oh hey look!  It’s Danny McBride!  Alright, keeping my attention so far…….And then the whole “We don’t know what the fuck’s out there!” line comes.  SMH.

From there on out, everything looks and feels sooooooo generic.  Even the explosions.  And the edgy ‘shower scene’ at the end reminded me of something you would see from one of the Alien Vs. Predator movies (and no, that’s not a compliment).  So anyway, I’m hesitant at the moment with ALIEN: Covenant, but I will keep an open mind until May 19th when it opens in theaters.  There is a ton of talent there on the acting side, Ridley Scott still has the goods, and we should definitely get more Xenomorph action this time around.  Personally, I want Neill Blomkamp’s Alien movie.  But until that time comes, I’ll gladly watch Danny McBride throwing the ‘La Flama Blanca’ smackdown around on some ugly ass aliens.  That was mean.  They’re not ugly – just misunderstood and unique.

Here we go.  Strike up the band and cue the dancing girls.  Yes, we’re going back to the 1920’s!  Just kidding!  It’s my inevitable Top 10 list of horror movies for 2012.  As I looked back on the year that was in horror cinema, I felt there were some solid releases, but there also seemed to be a bit of a void as well.  I did get my horror fix on though, so let’s get this list started and start it off with the worst of the best!    END_OF_DOCUMENT_TOKEN_TO_BE_REPLACED 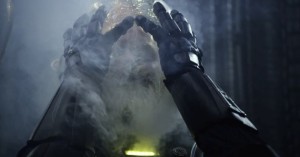