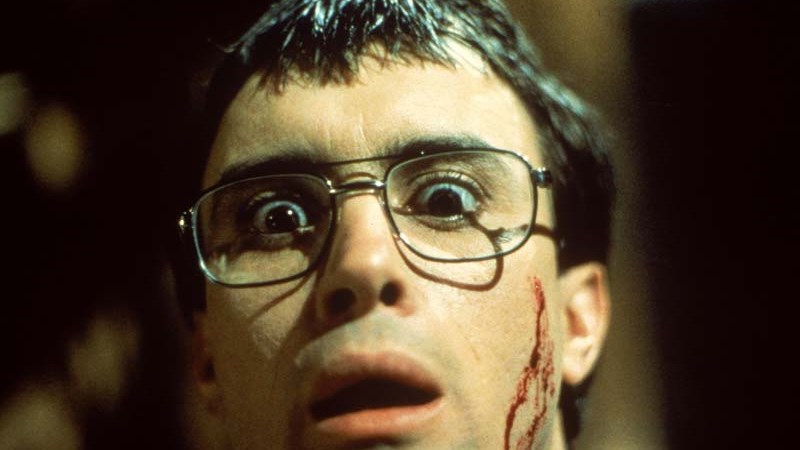 Dr. Herbert West from Re-Animator!  Oh – look at the determination in his bulging eyes. Don’t fret.  You can break him.  Just don’t break any pencils out of frustration.  Stay focused.  Think about the fact that Bride of Re-Animator is a pretty good sequel.  Wait. What are you doing?!?  Don’t look away!  Oh – I see.  Barbara Crampton just walked into your field of vision while not wearing a bra.  Dammit, Herbert West!  You win this round!! Now you have nothing left to do but go get a job at a sideshow.

Being that I’m officially over-the-hill in age, I have my fair share of memories of collecting trading cards growing up.  And now thanks to the company Fright Rags, I can relive my youth and celebrate one of my favorite horror movies ever at the same time!  Behold, the newly released Re-Animator trading cards! 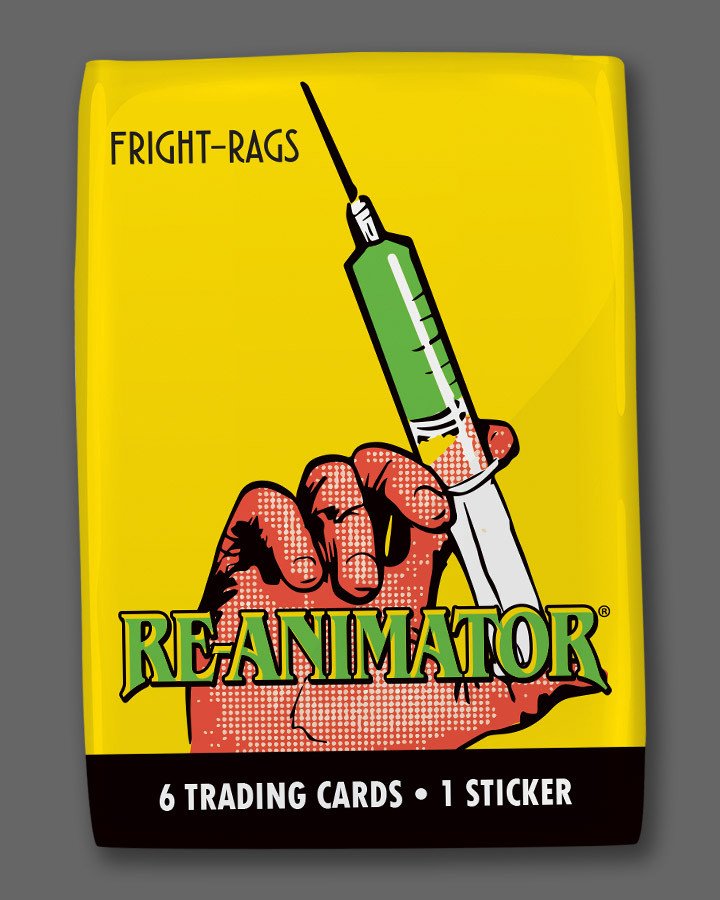 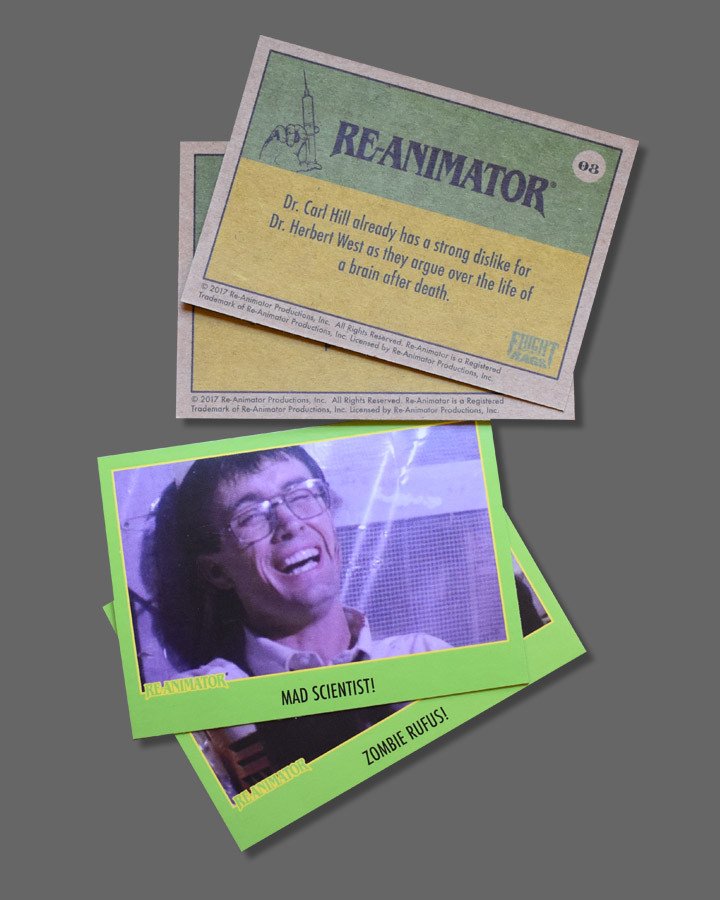 So here’s the deal on these:  First of all, go HERE and snatch some up ASAP.  The reason I say that is because these are limited.  There are 3 options you can purchase:  As a single pack (limited to 600), as a factory box (limited to 200), and as a sealed box (limited to 75). Included in each pack are 5 trading cards, 1 chase card, and 1 sticker.  Also randomly included in packs will be an artist sketch card OR an autographed card from Re-Animator star Barbara Crampton!  I would expect these to go pretty fast, so if you’re interested then I wouldn’t hesitate long.


Slight disclaimer:  I’ve been sick for the last week, therefore my body is full of all sorts of fun medicine trying to get me back to normal.  Hence, this post might not make much sense.

Alright!  Who remembers 1989?  And who remembers the great rapper Big Daddy Kane? Well – in that year, he released an album titled It’s A Big Daddy Thing.  And at the very beginning of the album and title track, none other than the 1985 horror classic Re-Animator was sampled!  Take a listen:

Being that I was heavily into hip hop back in the 80’s and also equally into horror movies, I was pretty excited to hear dialogue from Re-Animator at the top of this album.  So what’s the reference and connection?  Well, there is a character in the movie named Dan Cain (played by Bruce Abbott).  So, the correlation between his and BDK’s last name is pretty easy to understand in the line “Is Mr. Cain loose in this hospital?“.  But the other little fun nugget here is when the doctor says “I specifically told Dr. Riley to suspend him”. Producer Teddy Riley was responsible for one of the hit songs off the album called ‘I Get The Job Done‘.  So there we have another name correlation!

So at the end of the day – was Big Daddy Kane a Re-Animator fan?  Who fucking knows.  I’m high off of cough syrup and nasal spray, so let’s just go with it and enjoy the fact that movie was sampled for if anything:  a correlation between two names who were a part of the album.  Crackerjack journalism at it’s finest here, folks! 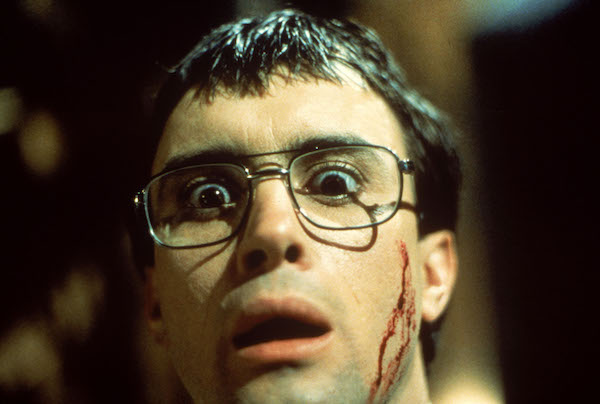 Oh no!  It’s Dr. Herbert West from Re-Animator fame!  He has that look in his eyes.  That look that says he will not lose this staring contest.  Keep focused though.  And would it kill you to close your mouth while we’re doing this, Herbert?  Geez.  Drooling all over and shit.  Oh wait – the 1985 version of Barbara Crampton just walked in topless and Herbert looked away!  You win!!! 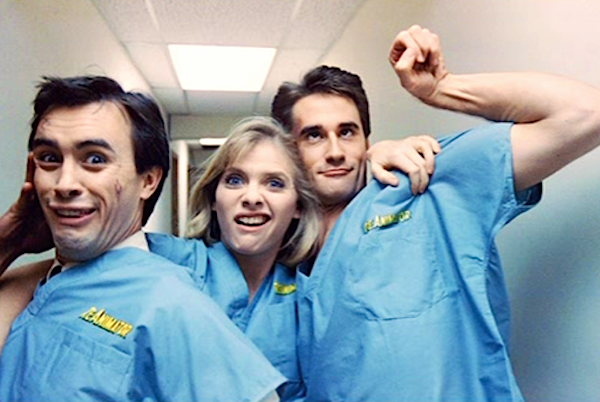 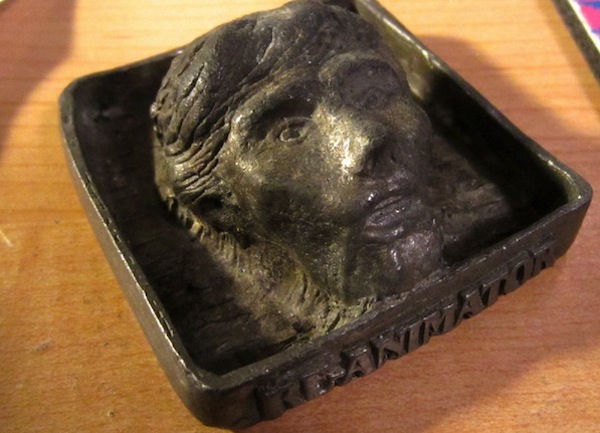 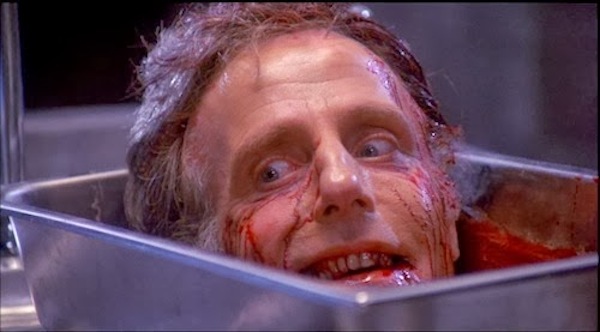