To be fair, I think that’s been the only ‘katana sword demon slaying on a motorcycle scene’ ever in a movie.  But yes, that gem of a clip is from Lamberto Bava’s 1985 classic gorefest – Demons.  I don’t even know where to begin with the awesomeness in this one.  We could start with the fact that George has some serious motorbike skills and effortlessly rides along top of the movie theater seats, which somewhat defies physics.  Then we can get into the impressive sword mastery that he puts forth, all while maintaining his balance and speed on the bike.  Add in the metal track ‘Fast As A Shark‘ from Accept, and you can’t help but grin from ear to ear at everything involved here.  As a matter of fact, let’s watch it again!

I’m finding so many random horror memorabilia gems on Ebay that I’m going to start making this a weekly feature now.  And just when you thought that a prop shark tooth from Jaws 3D could not be topped, along comes a prop slug from 1988’s cheesy gorefest, Slugs. 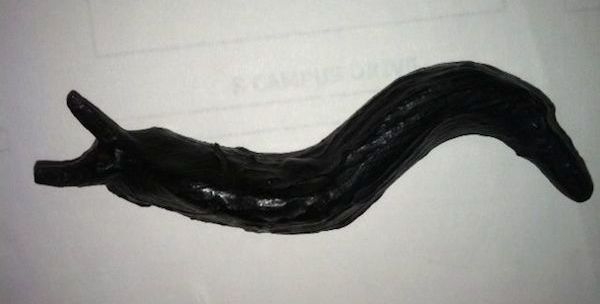 And how much is this slimy rubber sucker going for?  Only $75!  And it comes with a certificate of authenticity AND is guaranteed to have been used in the film.  To be honest, if it was $50 I might bite.  Btw, if you have seen Slugs, the slugs actually have teeth and bite.  Therefore, I had a somewhat clever pun in there.  But anyway, sadly for the seller there are no watchers yet, and only a little over a day left on the listing.  So if it’s been your dream to own a slug from Slugs, get over HERE and get it now! 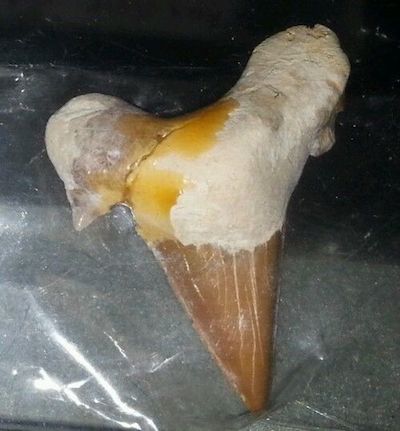