The Jewfro.  A hairstyle that not many could pull off.  A hairstyle that can be a bit distracting.  And a hairstyle that’s pretty self-explanatory:  A Jewish person that has an afro.  And in 1982, one man brought this hairstyle to the forefront in the third entry of the Friday The 13th franchise.  Behold!  Shelly and his tantalizing Jewfro! 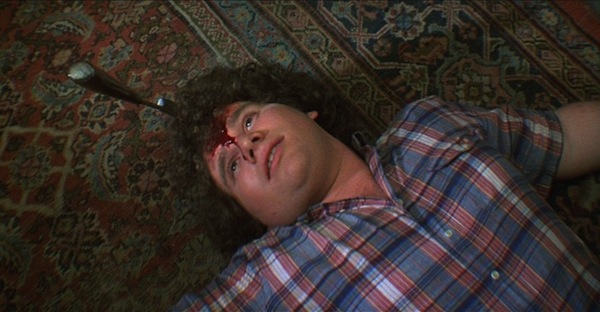 Ok.  Maybe not the best picture to accentuate it, but you get the idea.  Shelly sure was a jokester and pretty ticklish as was evident in the scene above, but none of his friends in Friday The 13th Part III ever joked with him about his curly mop on top.  Sure they made fun of him for being annoying and slightly overweight, but his hair was off limits.  That’s obviously because of how glorious it was.  And quite practical too.  Imagine all of the great things he could hide in there!  A stapler.  His wallet.  A jar of vaseline.  The possibilities are endless.

So today we honor you Shelly (inspirational music starts to play), and your Jewfro that unknowingly became your sidekick up until you got your throat slit by Jason and had your hockey mask stolen.  There will never be another one quite like yours, and you will forever remain on top of that horror movie Jewfro mountain that so few people inhabit (music swells and ends with a big over the top crescendo). 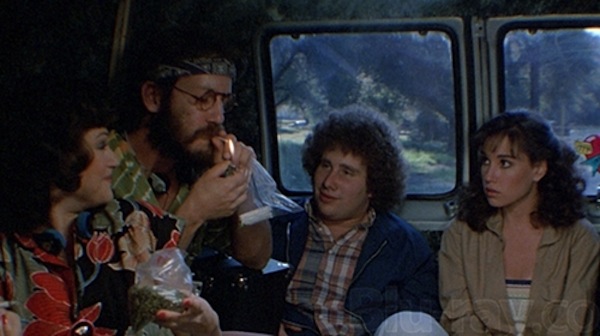 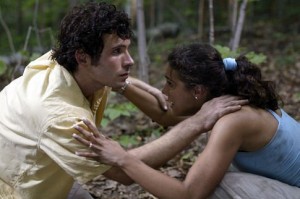 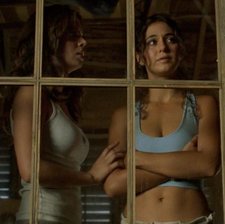 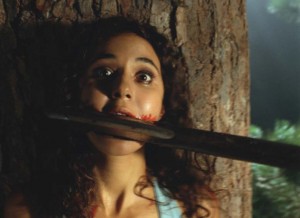