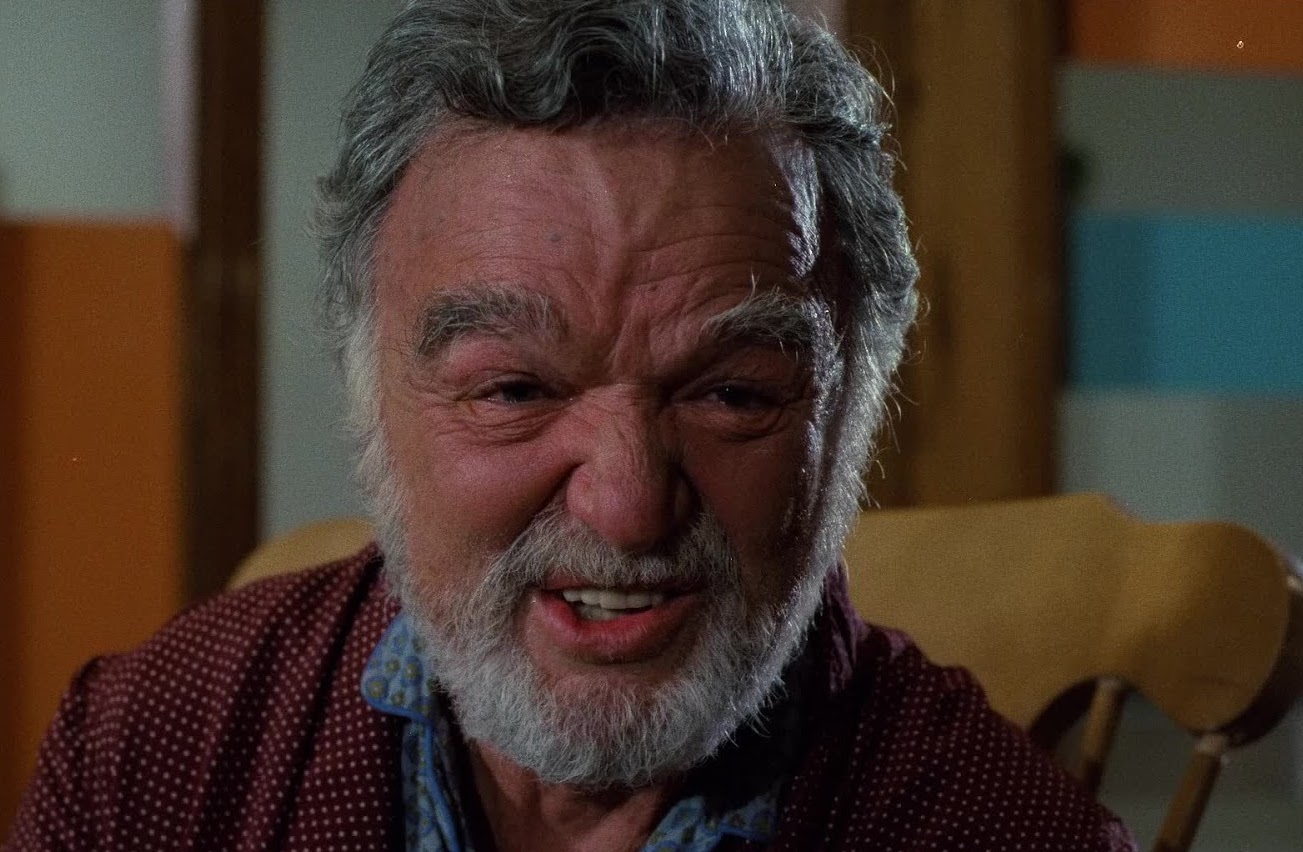 Oh no!  It’s Grandpa from Silent Night, Deadly Night!  This staring contest will be challenging because Grandpa just literally stares ahead most of the time anyway……unless of course he’s talking and scaring the shit out of his grandson, Billy.  Focus!  Stare into Grandpa’s beady little eyes.  Don’t let the smell of Bengay that’s permeating off of his body distract you.  Or the urine smell from his adult diapers.  I said focus, dammit!  Wait – what’s this???  Billy’s brother Ricky just ran behind you and yelled “Garbage Day!” and Grandpa looked away!  You win!  But Ricky loses because Grandpa is now beating him with his cane.

There have been many scene stealers throughout the history of cinema. Daniel Day Lewis in Gangs Of New York.   Anthony Hopkins in Silence Of The Lambs.  And of course, the crazy nursing home Grandpa from Silent Night Deadly Night.  And what Christmas Eve would be complete without Grandpa Chapman’s warning to a young Billy Chapman about Santa Claus?

Yeah.  F*ck hearing Twas The Night Before Christmas…..I’ll take the old man’s bat shit crazy rant over that any day.  So, Merry Christmas Eve everybody and just remember to heed Grandpa Chapman’s words of wisdom this season.  If you see Santa Claus, you better run.  If you’ve been naughty, you better run faster.  And if you see Grandpa Chapman, I’d keep young kids away from him for obvious reasons.

*What do you mean I smell like cough drops and Ben-Gay?*