Meh.  I have a feeling there are going to be a lot of those in this review.  I really hate pointless remakes, especially when dealing in the horror genre.  Trying to keep an open mind can be tough when a remake is in the works, and my mind was already three-fourths closed when the remake was announced for 1976’s horror classic, Carrie.  Yes, the movie where the term ‘dirty pillows’ was introduced along with pig’s blood at the prom.  Directed by Brian De Palma with Oscar nominated performances from Sissy Spacek and Piper Laurie, the original Carrie stands the test of time based off of those performances and it’s vivid and intense imagery throughout.  So what about the remake?  Does it do the original justice?  Does it add anything new?  Meh.    END_OF_DOCUMENT_TOKEN_TO_BE_REPLACED 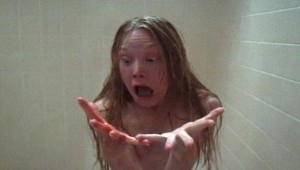