There’s nothing worse than being the redheaded stepchild of the 80’s slasher genre.  Oh sure, you may have gotten picked up once or twice in the video store – but it may have always been a mercy fuck because Friday The 13th or Halloween wasn’t in stock.

Well – on this week’s Monday Bloody Monday, I’m giving some love to one of my favorite 80’s slasher stepchildren:  The Mutilator.  Now you may also know it by it’s other name Fall Break, but to me it will always be The Mutilator.  Recently released on snazzy Blu-ray, I sat down and watched it again the other night and what a treat it was!  Everything that an 80’s slasher should have:  Bad acting, bad music, and great gore.  Speaking of that gore, that’s why I’m here in this post today.  Watch the clip below for all of the death scenes and obviously there are spoilers abound if you haven’t seen the movie.  And if you haven’t – do yourself a favor and watch The Mutilator.  Bet you won’t be able to get the theme song out of your head too. 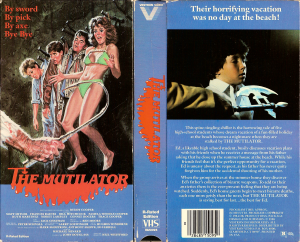 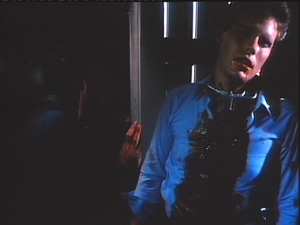