I was racking my brain trying to come up with a good clip that freaked me out as a child that I could ‘Cher’ with you.  I thought about it long and hard, and then said to myself “Wait – I got you, babe!”  Yes, I came up with the perfect clip along with some terrible puns and references to Sonny Bono as well.  Because…..Sonny Bono is in the clip!  See how that all worked out?  And the traumatizing clip is from 1986’s Troll, a fun little horror romp not really for kids (although a lot of kids probably watched it).  Now let’s watch Sonny Bono morph into a bunch of plants!

I mean, the troll is kinda cute – even if he is kind of an asshole.  The make-up effects are pretty top notch (as were most in the 80’s), and if you’re into former husbands of Cher turning into shrubbery….then Troll is the movie for you!  Unfortunately for Troll, it would be it’s successor Troll 2 that would go on to live in infamy as the movie everyone would cheer for.  Any movie that has a seductive ‘corn-on-the-cob popcorn scene’ is sure to always win the prize.  But we shall never forget you, Sonny Bono.  You sacrificed yourself for the greater good of greenery. 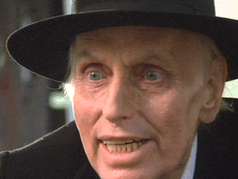 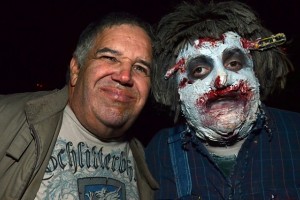